By William Douglas, Color of Hockey

“Addy” and “Chatty” carried the Cup. 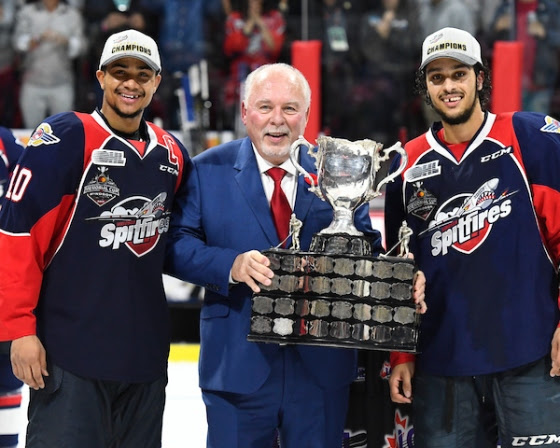 The Spitfires, in the tournament, because Windsor, Ontario, was the host city, overcame a 44-day layoff  – they lost to the London Knights in the first round of the Ontario Hockey League playoffs – to beat OHL Erie.

“We’ve battled with the most adversity between injuries, suspensions, and all kinds of stuff,” Addison told The Windsor Star after the game. “We battled through all kinds of adversity.”

Windsor became the first host team to win the Cup since the Quebec Major Junior Hockey League’s Shawinigan Cataractes in 2012 and the 10th since the tournament went to a round-robin format was introduced in 1972.

The boys hoist the cup! pic.twitter.com/H6NMXV0LGq

“We just focused on what we could do,” Chatfield to the Star. “Get bigger, stronger, and come together as a team. Building more chemistry around the (locker) room and we’ve done that.”

Addison and Chatfield were held scoreless in Sunday’s game, but the two overage players were pivotal to Spitfires’ championship drive. Addison scored 3 goals to power Windsor past the Otters 4-2 over the Otters on May 24 to earn a spot in the final. 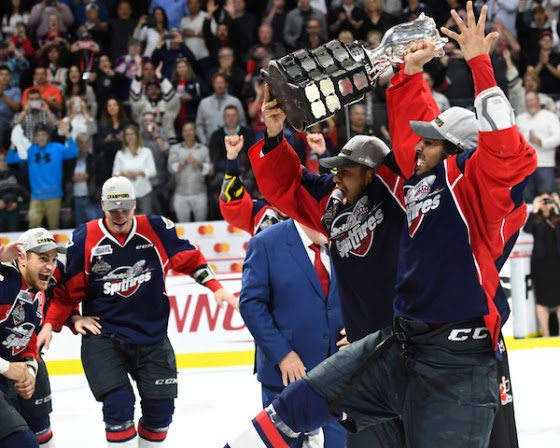 Sunday’s game was the last major junior contest for Addison and Chatfield. Addison, 20, a 2015 seventh-round draft pick of the Montreal Canadiens, will look to land a playing spot in the organization in 2017-18. Chatfield, 21, signed a three-year entry-level contract with the Vancouver Canucks in March.