NEW HAVEN — Over the years, black athletes breaking barriers and being pioneers is nothing new in the broad landscape of sports history.

Moses Fleetwood Walker paved the path followed by Hall of Famers Jackie Robinson and Larry Doby in Major League Baseball. Another Hall of Famer, Fritz Pollard, was among the elders that led the way for Kenny Washington and Woody Strode in the NFL.
There’d be no Facebook arguments concerning Michael Jordan and LeBron James without players like Earl Lloyd, Chuck Cooper, and Sweetwater Clifton integrating the NBA. P.K. Subban rides on the shoulders of Willie O’Ree, Tony McKegney, Anson Carter, and others in the NHL.
For Donna Iannicelli, trying to break into the world of extreme sports and downhill mountain bike racing has proven to be just as challenging.
A native of Newark, New Jersey, the self-proclaimed “adrenaline junkie” is seeking to become the first U.S. born black female to enter a sport that’s historically been dominated by white males.
Nicknamed Serpent X, Donna would develop her intense passion for riding expensive hi-tech mountain bikes back in the summer of 2000.  Ironically because of her tall, 5-foot-10 frame, Donna is usually mistaken as a basketball player.
While practicing this hobby, she discovered that poor blacks residing in the inner city along with other disadvantaged minority groups were not current with the fast-paced evolving technological advancements the mountain bike industry had made.
“I did a lot of research on the sport and the equipment when I first got interested in the sport.”, Donna said. “Much like hockey, auto racing, and golf, this is a very expensive venture.”
“There is no financial backing available for poor aspiring minorities looking to enter this industry, it costs thousands of dollars to compete and is cost prohibitive.”
When Donna began to further pursue this venture, to no one’s surprise, she was met with some harsh kickback within the established cycling community. 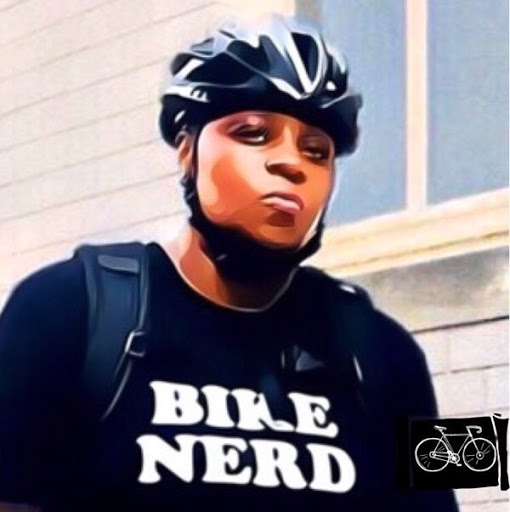 Despite years of adversity, poverty, and working low-wage jobs to survive, Donna decided to stay true to her commitment and pressed on. She would eventually gain support for her quest locally.
Tom Dunn of Hilltop Bikes in Summitt, N.J. has solidly been in Iannicelli’s corner regarding a better understanding of the sport and the equipment needed to succeed.
“When most folks think of extreme biking, they think of the Red Bull circuit”, Dunn said. “Regarding downhill mountain biking, there are some similarities, but there are various differences as well”.
“The actual bikes are bigger because you’re dealing with a different surface in downhill racing. The wear and tear on the bike does take a toll as well as the physical aspect of the rider”. 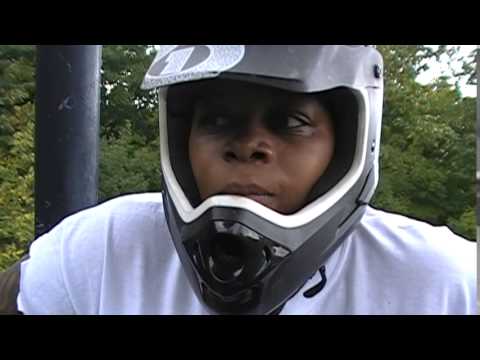 “This is a niche sport, so it’s still evolving as we speak. There are are also environmental factors as well regarding practicing the craft. With Donna being on the east coast, she may have a disadvantage over someone residing in a traditionally warmer climate”.
Along the way, Donna has also developed a marketing strategy which includes her Serpent X brand.  She looks to appeal to the hip-hop community as well as those minorities who are interested in extreme sports.
Despite facing many obstacles, Donna has remained vigilant in her quest to break one of the biggest race, gender, and class barriers in modern sports history.
Historically, we’re more familiar with sports stories of struggle involving blacks from inner city neighborhoods who strive to become, basketball players, football players, boxers, and track athletes.
This is a very unique and groundbreaking story because minority athletes do not have access to the expensive high tech industry of mountain bike racing and extreme sports.
The industry of downhill mountain bike racing is dominated by upper-class white males. Donna “Serpent X” Iannicelli is blazing a path that very few have even tried to begin.
Anthony McClean can be reached via email at anthonymcclean@basnnewsroom.com.