SAN FRANCISCO — The Good Neighbor Coalition today has announced it has started to collect signatures and will work within the legislative system to allow voters to decide whether or not it is correct for the City of San Francisco to encourage a move by the Warriors from their home court in Oakland to a site in San Francisco across the street from a children’s hospital and medical center. The Good Neighbor Coalition is a group of citizens from both sides of the Bay who believe that voters should be involved with planning decisions that would have a major impact on their communities.  The Coalition believes San Franciscans have concluded that the deal developed by SF City Hall and the sports team’s owners is out of character – no city worth its salt would disrespect its closest neighbor and simultaneously push a plan that would interfere with public health.

The SF Department of Elections has vetted petitions submitted by the Good Neighbor Coalition, allowing it to proceed with collecting the required signatures from registered voters in San Francisco to place two measures on the June 5, 2018, ballot.

– The first measure has been dubbed, “Thou Shall Not Covet” in support of the community and economy of Oakland, California. It is a Declaration of Policy, a statement of values that signals San Franciscans do not wish to participate in trying to take a pro sports team with a loyal fan base and home court elsewhere. It requires 10,000 signatures to qualify.

Thou Shall Not Covet Policy of San Francisco shall be: We the People of the City and County of San Francisco California will not invite, entice, encourage, cajole or condone the relocation of any professional sports team that has previously established itself in another municipality and has demonstrated clear and convincing support from community and fans for at least twenty years and is profitable. And we stand against any sports team ownership group that attempts to avoid payment of an outstanding public debt. Instead of looking for an opportunity to take from our neighbors we wish to fully support each other and the entire Bay Area. 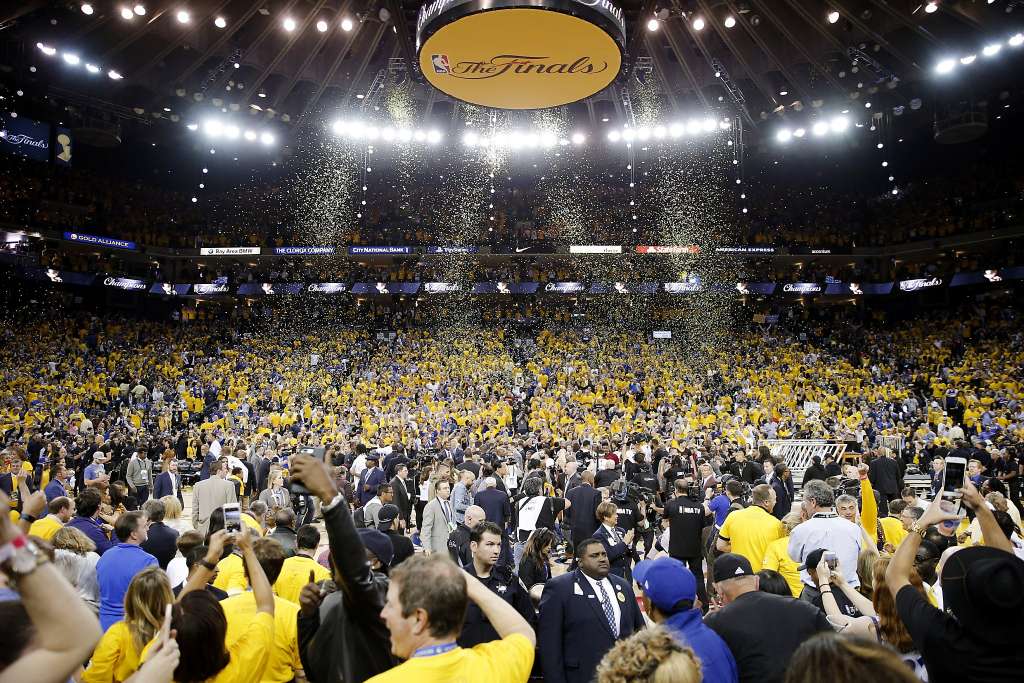 The second ballot measure focuses on the S.F. Entertainment Commission and expands the membership to include 4 people with clear experience in health, safety, traffic and disabled issues. The measure was developed in response to the process that resulted in approvals for an 18,000-seat arena with 225 events per year in the midst of a center for health and healing.  Interestingly, the Entertainment Commission seat representing ‘Public health interests’ was marked as ‘vacant’ at the November 2015 meeting when the Commission gave its conditional green light for the project. The Entertainment Commission is guided by the “Good Neighbor Policy” that covers issues around noise, parking, trash, sidewalks, lighting, etc.

This charter amendment measure requires 51,340 signatures to qualify for the June 5, 2018, ballot.

The Good Neighbor Coalition is so named as it endorses supporting the assets that make Oakland unique and simultaneously, doing the right thing within the City of San Francisco. Allen Jones, Coalition founder says, “A world class city helps its neighbors. It does not help itself to its neighbors’ jewels.”

Full ballot measures for both the Declaration of Policy and the Charter Amendment are available at the San Francisco Department of Elections website: http://sfgov.org/elections/local-ballot-measure-status.

About the Good Neighbor Coalition:

The Good Neighbor Coalition was created by Allen Jones, a San Francisco resident since 1960 and a Warriors basketball fan since 1975. The goal of the Coalition is to promote greater respect for loyal sports fans and communities specifically Oakland/the East Bay and also ensure that an incompatible entertainment venue doesn’t spell disaster for patient care, medical research and health services in San Francisco.
A non-profit, 501c4.

NOTE: The Good Neighbor Coalition can be reached online at www.goodneighborcoalition.org.