OAKLAND — Who does America hate more? The United States of America created the inequities with its Black population and compounded the problem with white supremacy, racism, and white male privilege. Every decade there is a new list of Black American men that this country despises.

This decade it is, Orenthal James O.J. Simpson, Mike Vick, Colin Kaepernick, Bill Cosby, or President Barack Obama. These five individuals have one thing in common and the United States of America has to come to terms with itself. This country has to come to terms with its double standard. Caucasian Americans see it this way Cosby, OJ, and Vick are all guilty of pretty horrific crimes. All three of these males are a threat to their secure America. Obama and Kaepernick are both so called distant heroes because they do not threaten that security. White Americans continue to see it this way because they are told that Black males cannot be heroes.

Let’s begin with “If the gloves don’t fit, you must acquit.” O.J. Simpson from Northern California Bay Area and the city of San Francisco at Galileo High School. Simpson became a football star with the University of Southern California football team. The Trojans gained fame with NCAA records, a National Football Championship in 1967, and the Heisman Trophy in 1968.

In 1979 he divorced his first wife Marguerite and five years later marry Nicole Brown that same year he was elected to the Pro Football Hall of Fame. Marguerite would have kept O.J. out of trouble. Nicole was too young to understand the racial, political, and economic dynamics around this marriage, add drugs to the mix and BOOM.

America had no feelings for Simpson until Nicole Brown Simpson and her friend Mr. Ronald Goldman were found dead outside of her Los Angeles – Brentwood condominium on July 12, 1994. Simpson was and still is the only suspect in this case. This is the hypocrisies of the United States if Mr. Simpson had killed his first wife who was BLACK nobody in America would have noticed or cared. BLACK LIVES MATTER. Mr. Simpson became public enemy number one with the help of the American news media. The attack on African American men had just started with Simpson became the easy symbol for white America because he (allegedly) killed one of their golden girls. Women did not like Simpson because he was an (alleged) abuser and African Americans did not like him because he wanted nothing to do with Black America. Simpson was isolated from his community, isolated from his culture, with a streak of anger expressed through football became his downfall.

America still hates O.J. (guilty until proven innocent) because this country still believes he got away with double murder. The American press did not inform the American public about the drug issues with this family and the South American connection until after the conclusion of the trail. Remember facts get in the way of the truth.

The troubling racial feelings are returning twenty years later at his televised parole hearing for burglary and armed robbery charges with the potential release from a Las Vegas jail cell in October, the racist venom has begun to flow once again.

Black males who take a positive stance on behalf of African Americans receive a negative image for life. This has been historical.

Number two quarterback Colin Kaepernick wanted to make a statement to the United States of America. He thought taking a knee during the Star Spangled Banner before San Francisco 49ers football games would be the most efficient way to communicate this message. The message is that too many unarmed Black men were being shot and killed in this country.

Many Americans lost their minds because Mr. Kaepernick did not respect the country’s national song. A song that has a racial tone in the third stanza, “Just play football and don’t get political.”  That had been the mantra for white fans who were upset with Black athletes for over 60 years.

This is what Black men are supposed to do just play their sport. Kaepernick thumped at the heart of America’s problem respecting Black men.

At the start of the 2016 season, he was voted the most disliked player in the National Football League by the fans but his fellow teammates voted him the most courageous for his political stance. HMMMMM interesting. Kaepernick did not drink and drive, kill anybody, rape anybody, or broken any NFL laws.

Number seven received death threats for his freedom of speech. Burning his jersey became normal all over the country, while at the same time his jersey became the number one selling jersey for the 49ers. HMMMMMM Apparently the flag is more important than human lives, apparently, the racist words in the third stanza in our anthem does not matter either.

Mr. Kaepernick now helps the people of Africa with relief food and funds. The Mission of The Colin Kaepernick Foundation is to fight oppression of all kinds globally, through education and social activism. This fine brother is the football version of Roberto Clemente. 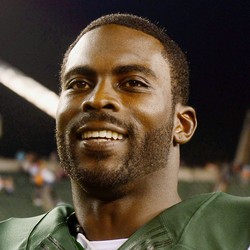 At the time Vick was the highest paid player in the league (DO NOT FORGET THIS) and one of the best quarterbacks ever on the field, changing the landscape of this position forever from a drop back passer to a running quarterback.

Vick had to be brought back down to earth because he was changing the landscape in the game and the white ownership did not like it. Vick made the issue of a Black quarterback as their leader; this conversation would not go away. Who is the de facto field general? THE QUARTERBACK and the owners did not want that to be a BLACK man.

Once again with the help of the American news media, Vick became enemy number one. The American public used dog fighting to fling hate arrows at Vick. The media did not inform the public that there were other football players had their hands in dog fighting but why bother when you have the attention of Middle America.

The American press did not inform the masses about the events at dog racing tracks sponsored by the Pittsburgh Steeler ownership where dogs are ethnicized every day. No, it’s easier to slay a Black man than to defend helpless dogs running around the track. NOT A WORD!!!!

Dogs became more important than Black men and just another reason why BLACK LIVES MATTERS. Now before we get crazy I love dogs so don’t go there.

Let’s begin with this statement nobody has the right to violate another person’s body no matter what the cause or situation.

Bill Cosby (allegedly) drugged and raped over fifty women. Cosby is currently in court with numerous sexual assault charges. One thing African American males must understand and comprehend they cannot indulge in the same activities as white males. Black Males are not equal in the eyes of the United States and Barack Obama, Bill Cosby, Mike Vick, Colin Kaepernick, and O.J. Simpson understand this now. Are they all bad guys? Maybe, did they commit the crime? Maybe, but they are not given the same opportunities as white defendants or the chance to be tried by their peers (Black people)? NO, and that is the hypocrisies in this great land.

Bill Cosby real crime was trying to purchase (NBC) the National Broadcasting Company, a major broadcasting network. His real crime was to inform the Black nation what was going on through mass television media. It could not happen, question how do you receive information quickly, it’s through the television mass media Bill Cosby knew this understood this and wanted to use this.

Hypocrisies- White male directors, producers, and television presidents have used the casting couch repeatedly to find new young female actors and very few said a word. Bill Cosby (allegedly) just followed the script but he became a sexual predator, excuse me what is Hugh Hefner-(Playboy Inc.), Stephan Collins-(Seventh Heaven) or the difference between Baltimore running back Raven Ray Rice compared to New York Football Giant kicker Josh Brown. Rice was suspended not once but twice while Mr. Brown got a new contract from the Giant Football organization. Rice did not play a single game after the girlfriend-elevator incident while Mr. Brown’s domestic problems followed him to the Pro Bowl in Hawaii.

THIS IS WHY BLACK LIVES MATTER

Last and the most threading figure in America today dared America with the “Audacity of Hope.” He challenges America and asked why not a Black man leading the country? He put forth a vision for the future. This man instilled pride and joy in a community that was in dire need of a positive male image outside of sports. Mr. Barack Hussein Obama the esteem Black junior senator from Illinois ascended to the highest office in the country, the President of the United States of America from 2008 to 2016. This mixed cultured gentleman gave hope to many American children, not just African American kids who now could truly say I want to be president and mean it.

This event upset that racial apple cart and the United States turned to a business man in 2016 that would “Make America Great Again,” what he really meant was make America white again. This country had to regain that power and control with the snake oil salesmen Donald J. Trump.

In 2017 the racial hate towards African American men continues to flow in the United States of America.