Skip to content
Posted on September 4, 2017 by Tee Mack

By William Douglas, Color of Hockey

“Soul on Ice, Past, Present, and Future,” the award-winning black hockey history documentary, is heading to London in October as part of the United Kingdom’s Black History Month celebration.

Canadian filmmaker Damon Kwame Mason’s hockey labor of love is scheduled to be screened at London’s Picturehouse Central on Saturday, Oct. 21 at 10:30 a.m., and Sunday, Oct. 22, at 9 p.m. The screenings will be followed by question and answer sessions with Mason.

As part of the Ourscreen program, advance tickets are sold for the two events. Tickets can be purchased online through the Ourscreen website linked here.

“Soul on Ice Past, Present, and Future” chronicles the joy and the pain experienced by black players,  from members of the ground-breaking Colored Hockey League in the Canadian Maritimes from 1895 to 1925 to the stars skating on National Hockey League’s 31 teams. 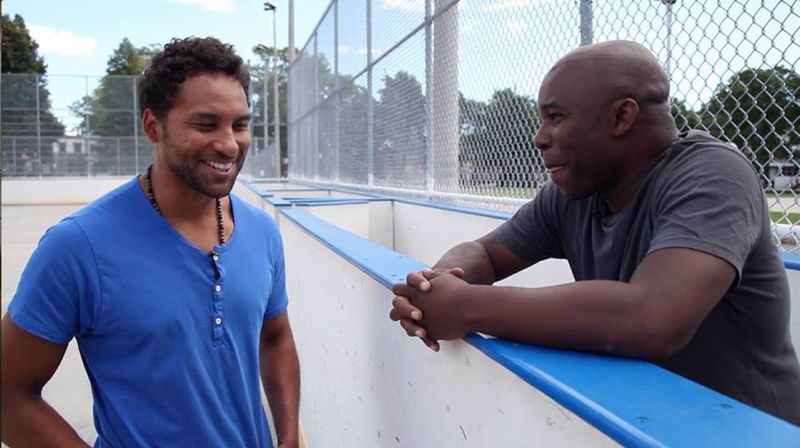 Mason devoted nearly four years and spent about $200,000 of mostly his own money to make the film. It won a People’s Choice Award at the Edmonton International Film Festival in October 2015.

The NHL was so impressed by “Soul on Ice’s” educational and uplifting message that it hosted the film’s U.S. premiere in Washington in January 2016 and aired it on the NHL Network in February 2016 to commemorate U.S. Black History Month.

Charles Dacres, a director for the English Ice Hockey Association, and a board member of Ice Hockey UK, said Mason’s film is perfect viewing for the U.K.’s Black History Month.

“It’s about doing some myth-breaking. You look at other sports where black athletes are underrepresented, and it’s a struggle to try to encourage young black people to get into them,” Dacres told me recently. “The parents will say ‘Why are you bothering the kids.’ And the kid’s mates will say ‘Hockey’s not the sport for you, black guys don’t skate.’ It’s about showing that we have some pioneers and some very strong role models that actually give people and young children something to work toward and aspire to.”

The movie is also deeply personal for Dacres, who endured racial slurs in his younger days when he played with the Bradford Bulldogs.

“They just kind of said ‘Just get on with it, mate, just play the game and get on with it,’” Dacres recalled the reaction to the slurs. “Today, we don’t need to do that. We can challenge that poor negative behavior but we can do that by showing some positive role models.”

Although there are few hockey players of color in the United Kingdom, they have made their presence felt. 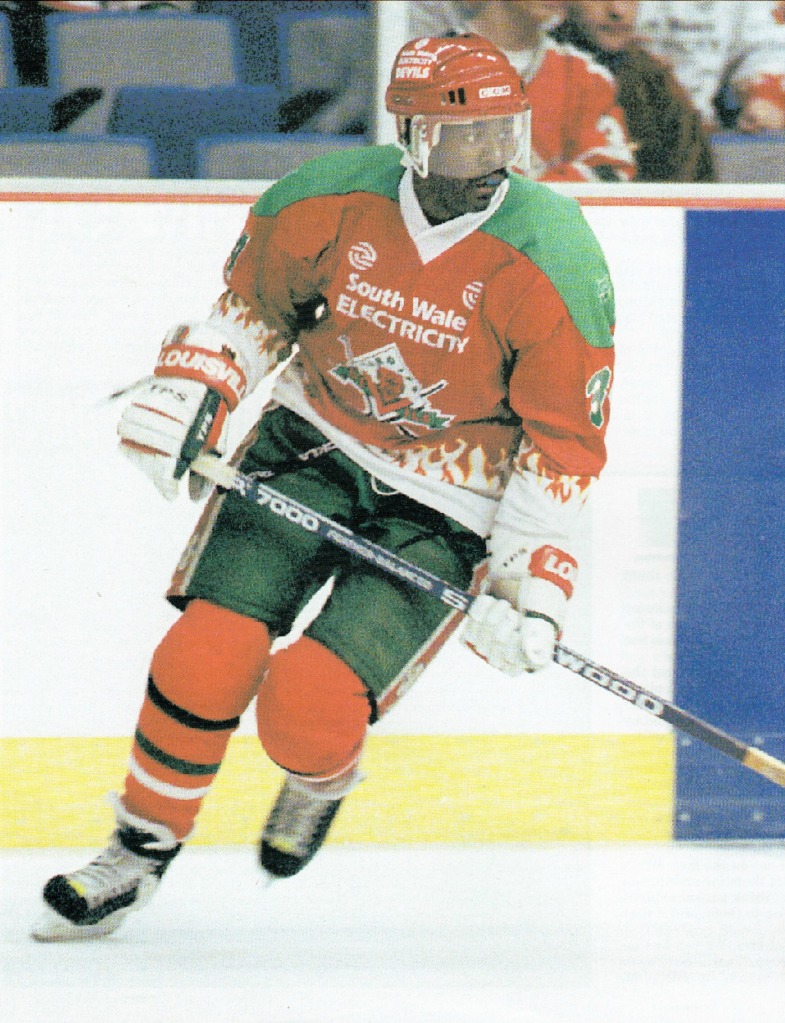 Forward David Clarke is the popular face of the EIHL’s Nottingham Panthers.

Clarke, a member of Great Britain’s national team, has notched 289 goals and 238 assists in 553 EIHL games.

And several talented black NHL players have found their way across the pond to play. Rumun Ndur, a Nigerian-born defenseman, played for the Sabres and Atlanta Thrashers (now the Winnipeg Jets) before skating for the EIHL’s Coventry Blaze and Clarke’s Panthers in Nottingham.