(Editor’s Note: As part of our BASN Newsroom NFL Boycott Survival Kit, myself and Editor-in-Chief Emeritus Anthony McClean will provide smoke-filled room analysis for players we feel should be in the Pro Football Hall Of Fame.

Because the book “FOUR QUARTERS OF SOUL” made the case for various players from HBCUs, none of our selections during this season will be from any HBCU school; most are small school stars or guys who, for whatever reason, fell through the cracks as we make our case each week…

We are also glad to receive the news that Jerry Kramer (Green Bay Packers) and Robert Brazile (‘Dr. Doom’ of the Houston Oilers) are this year’s Senior Committee Finalists for The Hall. We will discuss their merits as well as others throughout this NFL season on our BASN radio shows Soul Tree Radio – in the Raw!! and The Gray Leopard Cove – both shows can be found on http://www.blogtalkradio.com

“FOUR QUARTERS OF SOUL” is available for purchase at http://www.blackheritagereview.com)

PHILADELPHIA (www.basnnewsroom.com) If a player is to be judged fairly on their merits when it comes to assessing overall careers, it must be an apolitical process.

Too often today we hear and see how writers and other ‘gatekeepers’ desire to use their bylines as bully pulpits for control; but when it comes to looking at what a player did or has done on the field, on the field should always carry the most weight. 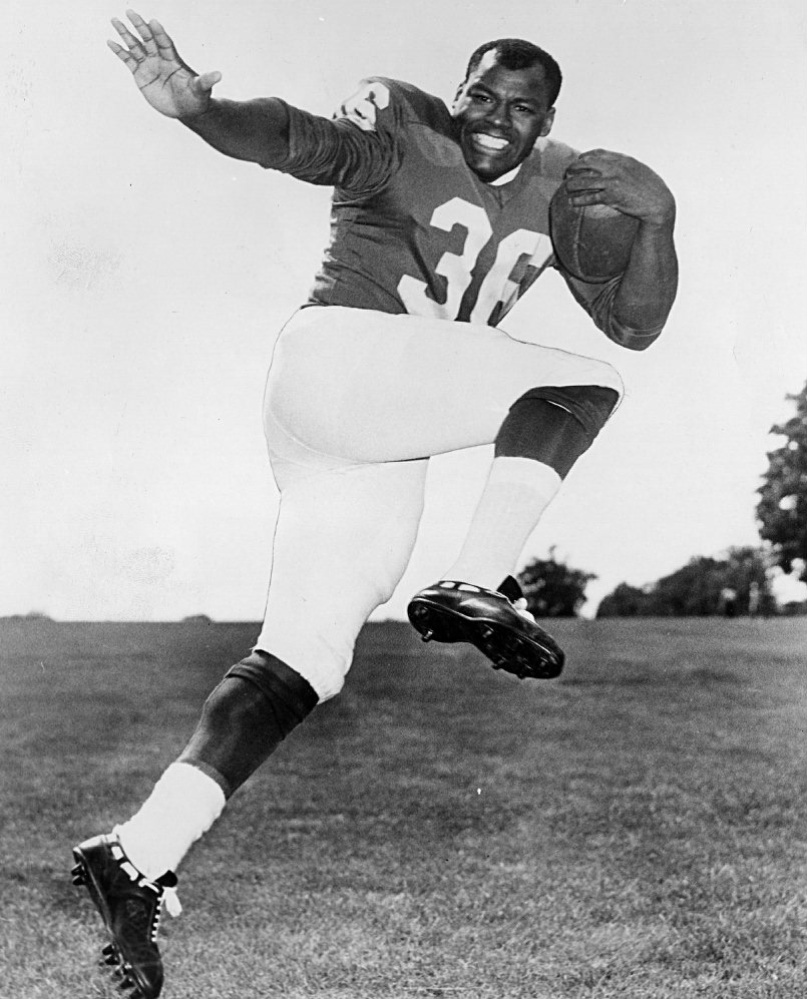 The questions asked should be those like, Did the player dominate at his position? How football savvy was he? How did he match up against other similar or as great players? and so on…

In that spirit, Carlton Chester “Cookie” Gilchrist was chosen as my first submission for this format.

When it comes to ‘firsts’, Gilchrist was involved in several of those. His pedigree coming into American pro football from the Canadian Football League was a godsend for the Buffalo Bills, who missed out on Ernie Davis in that years’ draft in 1962. As a five-time CFL All – Star, Gilchrist was that league’s first true power back; the great George Reed had yet to make the scene in Saskatchewan – and his signing as a free agent gave the American Football League one of its first marquee stars.

Remember when everyone was drooling over Herschel Walker in the 1980s? When Walker signed with the fledgling USFL, he did so as the first underclassman to play pro; but what many don’t know is that Paul Brown (yes, THAT Paul Brown) attempted to sign Gilchrist out of high school in the early ’50s!

As to on the field, the 6’3″ 250 – plus pound Gilchrist punished defenders as a blocker as well as a runner. As big as many linemen of that era, Cookie was the AFL’s first power back – a great combination of nimble and nasty.

A two – time league rushing champion, Gilchrist was also a deft receiver out the backfield. Playing for Buffalo in those early years made the Bills the closest thing to an NFL – styled team because they ran first and expected their defense to provide the lock down.

Gilchrist was MVP of the League in 1964 and led the Bills to their first of two AFL Championship titles that year, leading the league in rushing while generating over 100 yards of offense per game; and he could kick a PAT or field goal in a pinch… 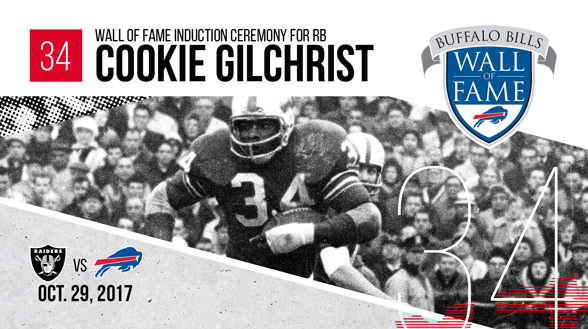 After the merger, Gilchrist was selected to the League’s All-Time team at fullback over worthy selections like Jim Nance, Hewritt Dixon and Matt Snell. In only 65 games, Gilchrist was responsible for 5,428 yards of offense (43 TDs) averaging over 83 yards per game during his American football career.

With his additional PATs and field goals, Gilchrist generated almost five points a game every time he stepped on an American gridiron.

As to stats, Gilchrist spent six years in the AFL, three in Buffalo; and unlike some of the assholes who character assassinate players nowadays, Gilchrist made it clear he was his own man; and would not crumble under societal pressures.

He helped spearhead the boycott of the AFL All – Star Game in 1965 due to maltreatment of Black players in New Orleans; he refused to deal with Bills’ owner Ralph Wilson for years unless he felt he was being dealt with fairly, feeling he should be compensated for appearances!

But, in keeping with the line of ‘firsts’, Cookie Gilchrist was nominated for the Canadian Football League’s Hall of Fame – but turned it down due to what he felt were unresolved issues revolving around race and being exploited by the organization’s management. Before Warren Moon or Bud Grant, Gilchrist said no because something – to him – wasn’t right.

We must remember that post-merger, NFL beat writers were ice cold to the upstarts from the new league (save maybe Joe Namath or Lance Alworth) – that Gilchrist had made his point with Wilson likely didn’t serve him well among local writers in Western New York…

As his entire body of work is laid out, Gilchrist – as a four time All – Star within six seasons who stood out off the field as well as on – deserves strong consideration for the Pro Football Hall Of Fame.