OAKLAND — The ugly American has come forth in the form of Number 45.

Agent Orange is forcing the United States of America to really look at themselves. It is not a pretty picture. America has a health care problem, a tax problem, and a brewing dispute with North Korea, three hurricanes, yet this president went out of his way to attack Black sports stars for kneeling in a silent protest.

A friend of mine wrote:

Note: Have to give number 45 credit for unifying the National Football League, something that has not been done in 40 years. The Commissioner, team owners, General Managers, the union president, and players stood as one this past weekend.

Have to also give 45 credit for giving LeBron James, Stephan Curry, The Golden State Warriors, and The University of North Carolina Basketball Team a national platform to continue the discussion of race in the United States.

When racism raises its ugly head in this country, its leaders wrap itself in the flag, this is what Agent Orange-Number 45 has done currying the favor of the conservative right.

NOTE: It is interesting that former quarterback Tim Tebow can take a knee for Jesus the whole season and nobody, I mean nobody said boo, but Mr. Kaepernick broke all of the rules kneeling in silence and was called an ungrateful Negro. 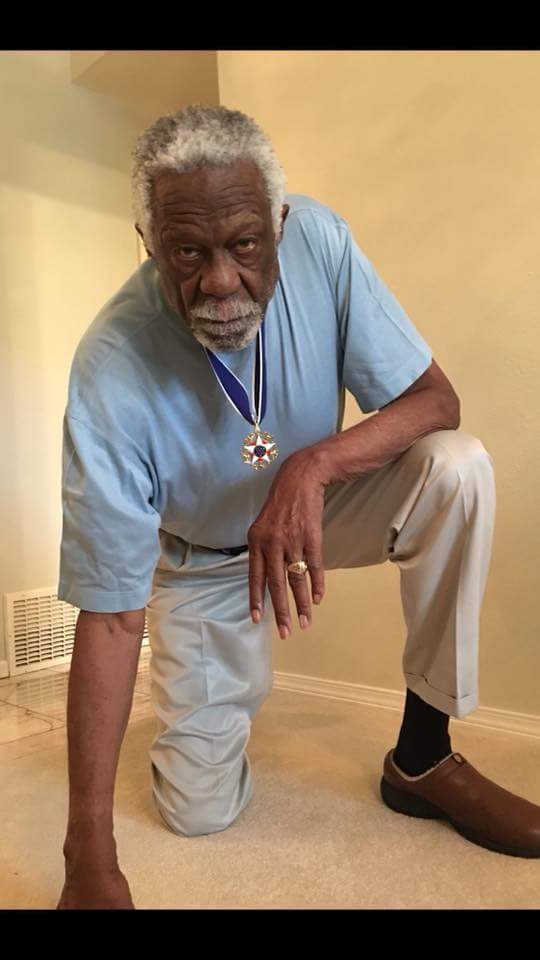 2nd fact. We are all Americans from different backgrounds and cultures, we should be helping and educating each other not sniping or throwing hateful words at each other.

Number 45 and his base want to ignore all of these facts and then ignore the fact that unarmed black males are being shot and killed by police, ignoring the fact that wage disparities between black and white that still exist, and the fact that injustices in court are still part of the American system and the growing ignorance about race.

It is too hard for Number 45 and his followers because they want to go back to the past. With the cloak phrase “MAKE AMERICA GREAT AGAIN”, we all know what that means.

The National Football League made that clear the third weekend of the season with teams locking arms, kneeling, or just not coming out of the locker room during the anthem. Stating that, we (NFL) are not with you, Mr. President. The NFL stated we are not backing down. This is the only language Number 45 understands.

The United States of America might have to do some real soul searching and ask itself, do we really want to act like this, history will give the world the answer. Will we keep that ugly face or become the nation that we can truly be.

America can be better; we will survive with or without Number 45.