(Editor’s Note: in our ongoing NFL boycott’s seasonal effort, we at BASN Newsroom will make the argument for players worthy of gaining entrance into Canton, Ohio and The Pro Football Hall of Fame…

The parameters are about presenting those ‘lost in the sauce’ – smaller schools or players who established their worth in other leagues. As we have covered HBCU schools through the book “FOUR QUARTERS OF SOUL” this particular group will not include any HBCU selections this season.)

PHILADELPHIA (www.basnnewsroom.com) In 1987, Kansas City Chiefs quarterback Len Dawson was informed that he had been selected for induction. At a Super Bowl press conference prior to the end of the 2000 season, I had a chance to speak to Dawson about the great Chief teams of the past and who from those teams deserved to be included in the HOF mix.

The first words out of his mouth were: “Johnny Robinson.” 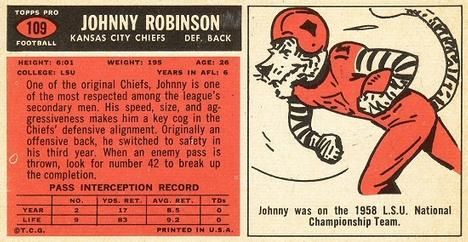 With the new League coming into effect in 1960, Robinson chose the Dallas Texans over the NFL and was utilized as a halfback his first two seasons, catching 77 passes at almost 16 yards per catch and nine touchdowns As a runner, he did O.K., averaging over four yards a carry with six TDs and 658 yards over that time; but the true greatness of a player sometimes comes when they have to adapt and adjust on the fly.

As the Dallas Texans were becoming the Kansas City Chiefs, Robinson was transitioning from offense to defense, becoming the teams’ starting free safety in the 1962 season. His comfort in handling the ball would go on to pay huge dividends for Kansas City as they were, with the assist of the HBCU talent garnered by super scout Lloyd Wells, putting together one of the best secondaries ever – and led to the first of their three AFL championships. 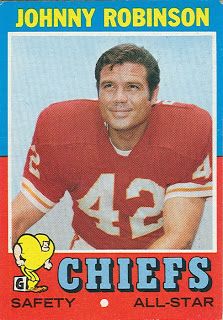 In the match up Tong Wars Kansas City would have with their arch rivals, the Oakland Raiders, this would be essential as in spite of championships won by other teams during the AFL’s existence, the all – time marquee game would always, in my humble opinion feature these two slapping hats; Robinson and the rest of K.C’s secondary would be one of the few that could withstand the constant air attack of The MAD Bomber – QB Daryle Lamonica – during Oakland’s reign of terror.

At 6’1″ and 205 pounds, Robinson had great size – and quickly picked up on the Defenders’ Creed – that no one can do anything without the ball; constantly rewarding his teammates’ efforts pressuring on the front seven by discouraging offenses in picking off mistakes – especially interceptions within their twenty yard line…long before the term “red zone” was created. 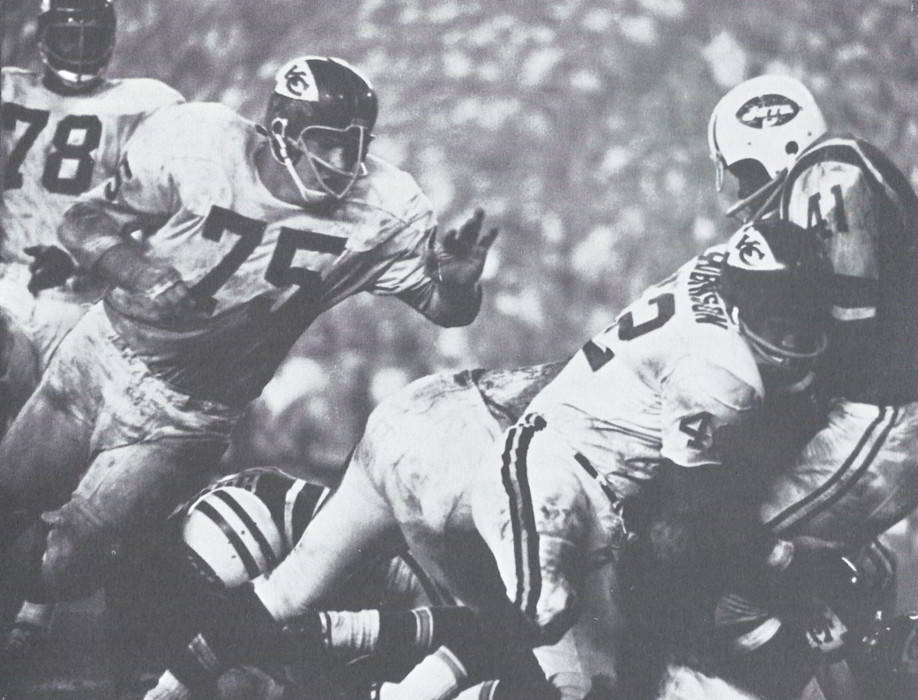 By the time the Chiefs were ready to represent the League in the first Super Bowl, Robinson was the stealth weapon on defense for Kansas City. Although the results of that first match up weren’t to the Chiefs’ liking, the free safety would gain some git – back with the team’s Super Bowl IV win over the Minnesota Vikings, Robinson’s fumble recovery in the fourth quarter sealing the deal. 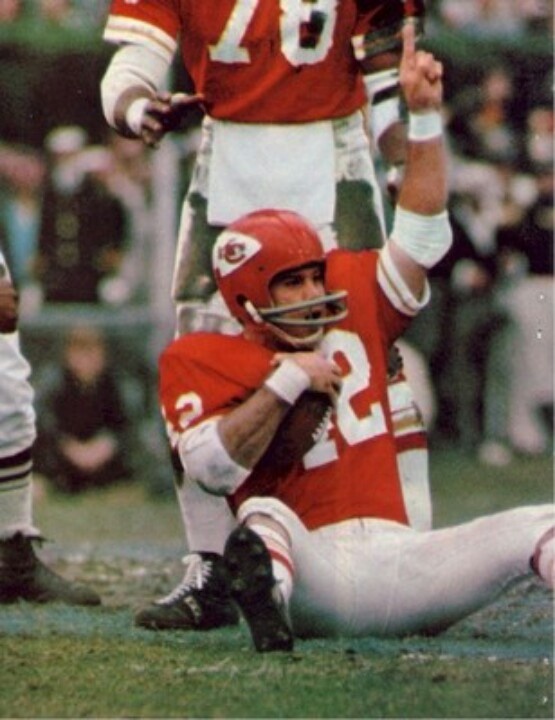 One of only 20 players to make it through to the merger, Robinson is the only player to lead two leagues in interceptions (10 for Kansas City in 1966 and 10 in 1971, which would be his last season).

As a six -time AFL All – Star, and a member of the League’s All – Time team, Robinson snatched up 57 picks (leading all time for the team) and is a member of the Chiefs’ Hall of Fame.

This I find particularly insulting for two reasons. The National Football League, for one, wanted no part of supporting AFL talent pre – or post merger, and the bullshit beat writers did on their behalf is indicative of that in downplaying and depreciating the skills of AFL players in print; more by the mere omission of their contributions.

Secondly, although the Kansas City beat writers were better than most, that love didn’t translate in the smoke filled room. while Buck Buchanan and Bobby Bell were no – doubters, Dawson and defensive back Emmitt Thomas came many years after.

At 79 years old, we would like to give Robinson a bouquet of roses before he can’t smell them; so we humbly present a weak side safety who made the position strong!

He wasn’t Johnny B. Very Good…he was Johnny B. Great! 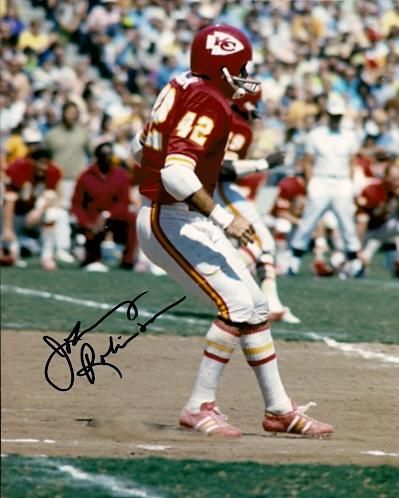 Put Johnny Robinson in the Pro Football Hall of Fame. 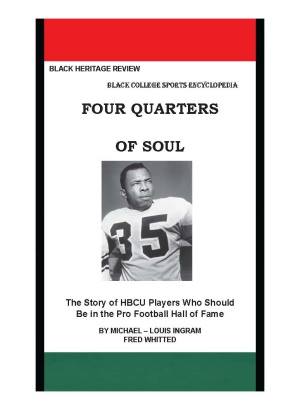 (Editor’s note: For our HBCU take on who belongs in the Hallowed Halls of the Pro Football Hall of Fame as well as the Canadian Football hall of Fame, check out “FOUR QUARTERS OF SOUL” which can be purchased at http://www.blackheritagereview.com)