NEW HAVEN — Okay, all of you who said back in Spring Training that the Yankees and Astros would meet for the AL pennant, kindly raise your hands. I’ll allow extra time for those of you whose pants are currently on fire to re-enter the conversation.

As for everyone else, we’ll ponder what this year’s ALCS has to offer. We all got a kick out of those Jose Altuve standing next to Aaron Judge pictures during Players’ Jersey weekend. 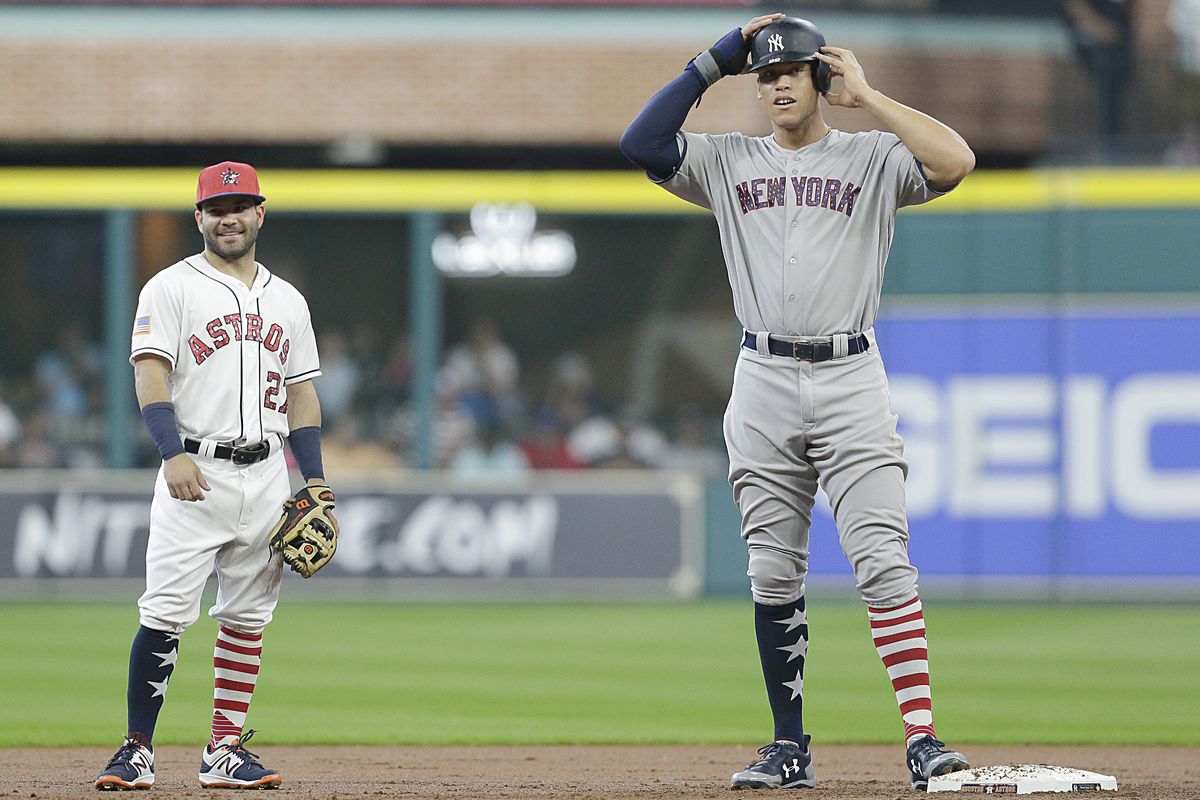 Who would’ve thought that we’d be seeing them again ad nauseam in October?

To me, the most intriguing aspect of this series on the surface will be how each club handles their perceived roles. The Astros appear to be back to their winning ways of May when they won a club record 22 games.

As for the Yankees, they became the eighth team to come back from an 0-2 series deficit since the best-of-five format was implemented. For many folks, New York is still a year away from being “a contender”.

Remember the 2015 Cubs? They rode a similar script in the postseason that year. They won their Wild Card matchup at Pittsburgh (on the road), dismissed the Cardinals in four games during the NLDS, and were then swept by the Mets in the NLCS.

We all know what happened the next season.

When you consider the “March Madness” feel that the MLB playoffs have become over the years, New York’s not only playing with house money, they’ve got enough momentum to buy the house out.

Let’s take a little deeper look into this series.

How they got here: The Yankees defeated Minnesota in the Wild Card game and then overcame an 0-2 deficit against Cleveland to win their ALDS in five. The AL West champs defeated Boston in the other Division Series in four games.

The skinny: One of the main reasons why the Yanks picked up Sonny Gray was his familiarity with the Astros. Gray has made nine career starts against Houston, going 4-3 with a 3.09 ERA.

For what it’s worth: In seven games against the Yankees this year, Houston won three of four games at Yankee Stadium in May — including a split of a Mother’s Day doubleheader — and took two of three from them at Minute Maid Park from June 31-July 2.

Did you know?: New York starters have registered 32 strikeouts this postseason, second only to the Nationals’ 35 entering Thursday’s game against the Cubs. The Astros have struck out just 30 times this postseason in 147 plate appearances, second fewest among clubs that have played at least four postseason games.

Prediction: You can’t deny the fact that both clubs are entering this series with a large amount of momentum. Needless to say, but pitching — whether it’s the starters or the pen — will decide this series. I’m envisioning them going the full seven games and if that’s the case, I gotta go with Houston.