NEW HAVEN — During this time of the year, the phrase “playoff demons” gets used a lot. Last year this time, the Cubs were looking to end their World Series drought of over 100 years.

They were able to crush their “playoff demons” in a seven-game World Series that saw the deciding game go to extra innings before Chicago won. They enter their third straight NLCS fresh off a division series that went the absolute limit with Washington.

The Nats added to their personal “playoff demons”, but that’s another story.

As for the Cubbies’ next opponent — it’s the team that finished the regular season with baseball’s best record — the Los Angeles Dodgers. Even with their gaudy 104-58 mark and a three-game sweep of the Diamondbacks in the NLDS, L.A. has several — say it with me — “playoff demons” as well.

For the last five years, the Dodgers have owned the NL West. However, they haven’t been able to parlay that success to a World Series crown. They’re still hoping to reach their first World Series since they won it all 29 years ago over the heavily favored A’s.

Not to turn this series into a Stephen King novel, but this NLCS rematch will either unleash or squash someone’s “playoff demon” for the time being. Now that we’ve said it enough, let’s take a brief peek at the matchup. 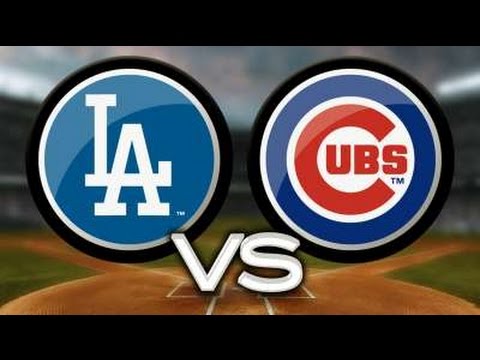 How they got here: The defending World Series champions repeated as NL Central champs before winning a hard-fought, five-game division series with the Nationals. L.A. won its fifth straight NL West crown and then swept division foe Arizona in the NLDS.

For what it’s worth: In their season series with Chicago, the Dodgers took four of six games against the Cubs, with Chicago winning two of three games at Wrigley Field in April, followed by a three-game sweep by Los Angeles at home in May.

Did you know?: This is the first LCS rematch in either league since the Phillies beat the Dodgers in 2008 and 2009.

Postseason history: In last year’s NLCS, after leading the best-of-seven series, 2-1, the Dodgers lost three straight to the Cubs when L.A.’s offense went cold. The Dodgers hit .210 with a .593 OPS in the series, were outscored 30-17 (and 23-5 in the last three games).

Prediction: The fact that the Dodgers were able to dismiss Arizona so quickly and set up their rotation gives them a great edge. Especially when you consider the fact that the Cubs used everyone but Fergie Jenkins and Greg Maddux in the clincher against Washington. They’ll get a chance to regroup at some point, but I think the Dodgers will be the last team left standing in this matchup.