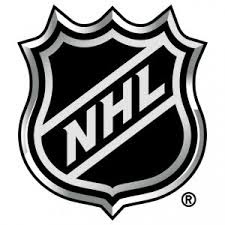 OAKLAND, CA (www.basnnewsroom.com) Mr. McClean, Mr. Ingram and Mr. Gray aka “The MIG Line” take the ice again  with the rest of the Eastern Conference. We will take you through the 2017-18 season with our news and views from Centre Ice to center stage…

The following teams in the Eastern Conference will struggle to make the playoffs in the Spring of ’18. Just like the National Basketball association, the flow of power seems to emanate from the West. All signs point to Pittsburgh running the East (a la the Cleveland Cavaliers) and possibly setting themselves up – for a triple sip out The Cup.

DEVILS
The New Jersey Devils were at the bottom of the division at the end of the 2016-17 season. They have nowhere else to go but up. They started this season on the right foot winning their first three games against Buffalo, Colorado, and Toronto reversing the New Jersey tradition of starting slow.
The new motto for 2017 is Red Dawn Raising… we shall see.
Goaltender Cory Schneider will not be looking over his shoulder worrying about the ghost of goalies past. Hall of Fame New Jersey Goaltender Martin Brodeur retired in the 2015 season wearing a St. Louis Blues uniform.
The Devils have also put aside the left wing lock defense system and have moved forward with a straight defense.

Left wing Brian Gibbons may be finally finding his way around the downtown Newark ice rink, scoring his first goal of the year against Maple Leafs.
New Jersey may be hurting currently at right wing with Drew Stafford and Kyle Palmieri out of the line up with a low body injury at the beginning of the season.
The administration committed to not signing veteran rental players to fill the void this year. So the Devils are going to have to do it on their own with their own players.
Get that shuttle bus to Binghamton (AHL) warmed up.
Looking for right wing Jimmy Hayes, center Adam Henrique, and Taylor Hall to step up their game in 2017.  Centers Pavel Zacha and Nico Hischier have not scored yet but if Jersey is going to move they have to put the bisket in the basket.
The Devils goal this year should be making a wild card spot.

The Columbus Blue Jackets are in a do or die year. This coach is on the hot seat if they don’t reach the quarter finals. We could be seeing a head coaching change early if Jackets get off to a slow start. Last year they made the playoffs and are expected to be better this year.
Goal Brother defenseman Seth Jones started the season with two goals and he has re -signed with the Jackets for six years. Goaltender Sergei Bobrovsky will have to carry the load in net this year with young Joonas Korpisalo as a backup.

Blue Jack City will have to find a second scoring line to stay in the playoff mix. Left wing Pierre – Luc Dubois, center Brandon Dubinsky and right winger Cam Atkinson are that line; and credible depth will be the issue during the first couple months. There is work to do in Columbus, Ohio; and if they have trouble scoring, they will be eager to hit the trade phones now that Columbus has a taste of success.
HURRICANES

The Carolina Hurricanes are once again in the rebuild mode. Goaltender Cam Ward finally now has a viable backup with veteran Scott Darling from the Chicago Blackhawks. Carolina must find defensemen to protect them.
The Hurricanes scoring power is up middle with their centers Jordan Staal, Victor Rask, and Derek Ryan. Jeff Skinner and Justin Williams are crafty veterans, but Skinner, at 25 and heading into what should be the prime of his career, may be the X – factor if Carolina’s present corps of talent fits the script for the future.

Not looking for much out of this team this year.
RED WINGS

The Big Red Machine has struggled the past four years but it seems like they are currently moving in the right direction.
The Detroit Red Wings organization could be finally putting together a new team. This team missed the playoffs again last year but the team effort is beginning to show benefits, with scrappy rookie right winger Martin Frk and defenseman Nick Jensen.

Veterans center Henrik Zetterberg and defenseman Trevor Daley will be crucial in terms of ice time and experience.
Goaltender Jimmy Howard might be at the end of the road. Howard has seen the good, bad, and ugly in Detroit. He needs a solid backup and Petr Mrazek is not the one. 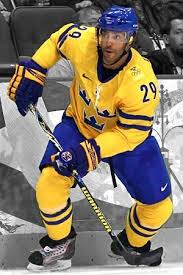 SENATORS
If you are a Sens fan it could be frustrating because they have so much potential and continue to stumble in the first round of playoffs. Defenseman Goal Brother David Johnny Oduya wants to end his career a Stanley Cup run. Can he do it north of the boarder? At least Oduya is wearing the right colors red, black, and white…

Mr. Anderson, the Matrix Man has aged. Goalie Craig Anderson finally will get help with veteran Mike Condon from Pittsburgh in net. Anderson missed games the past two years due to family matters and injuries, the Sens hope he can complete this season.
Condon scored 5 shutouts last season and should help Ottawa and Anderson. Known pot – stirrer Alex Burrows will look to do more damage than provincial taxes while working in the nations’ capital.

PANTHERS
The Florida Panthers may have changed their logo but it’s the same old team. The past five years this team has not made improvements or the playoffs. It seems like they are in a block of ice and can’t get out. Maybe it’s the warm weather and the scenery at the beach distracted this team.
The 1993-94 entry had to wait until the 1996 playoffs season to make Miami notice. The Panthers won their first playoffs, upsetting the Philadelphia Flyers and Pittsburgh Penguins. In the Finals the Patrick Roy and the Colorado Avalanche stopped the Panther train in four games ending the surprising ride.

The league also had to pass new rules in regards to fans throwing objects on the ice. In the home opener of the 95-96 season a rat flew across the locker room floor Scott Mellanby one-timed the rat against the wall, killing it.
That night Mellanby scored two goals and goalie John Vanbiesbrouck yelled “rat trick” it grew from there. Panther fans started throwing rubber rats on the ice after a player scored a goal.
It got out of hand the next year when Florida fans bombed opposing goalies with hundreds of rubber rats. The league would assist a penalty if fans continued.

Veteran goaltender Roberto Luongo may have found a home in South Beach after stints in Long Island, New York and Vancouver, British Columbia. This is his fourth year in South Beach and it might be his best. He has become the elder statesmen and it might be time for the Panthers to seek a new man to groom in net.
This team is in trouble when they are depending on right wing- Radim Vrbata and Jared McCann, center Vincent Trocheck and left wing Jamie McGinn.
The Panthers still need a sniper to jump start their offense; looks like it will be a while before they can say…

BRUINS
The Hub fan base could be crying all year. The Boston Bruins might be on the outside looking in come April.
The bigger stronger Ottawa Senators put them out of the playoffs last year 4 games to 2 in the first round. The Sens pounded the boards the whole series and the Bruins had no answer.
Boston goaltender Tuukka Rask will not have decent backup this year and this might cost them at the end of the season. Last year the Bruins offense went through scoring woes in the middle of the year and it cost them against the Senators they have not fixed that problem.

Boston depends on big defensemen Zdeno Chara, right wing Ryan White, center Riley Nash and left wing Brad Marchand.
The Black and Gold might not make the playoffs this year if they don’t find a scorer and a player to replace defenseman Zdeno Chara. Could that be young centers David Krejci and Riley Nash the new leaders of the Baby Bears. Cannot forget Center Patrice Bergeron who gets under opponents skin with his gritty play on the ice.

END OF PART III
Count on The MIG Line (McClean, Ingram, Gray) to score throughout the 2017 – 18 season for The BASN Assassins!
NEXT: THE REST OF THE LEAGUE-WESTERN DIVISION
Thanks: NBC Sports, Yahoo.com, NHL.com
Goal Gray 1 (Ingram, McClean) (pp),  5:10, first period.
basneditor@basnnewsroom.com
welcome to the GLC the gray leopard cove
THE MUSIC BOX HOUR
www.blogtalkradio.com
www.blackathlete.com
www.batchelorpad.biz