OAKLAND, CA.-In the Metropolitan Divisions in the Eastern Conference things are changing. The divisions have been turned upside down with The New Kids on the Block playing well in Newark, New Jersey and Columbus, Ohio and are riding high in the Eastern Metropolitan Division. The Columbus Blue Jackets 15-7-1 The New Jersey Devils 14-5-4 and are for real and the Pittsburgh Penguins and Washington Capitals better start paying attention.

The surprising first two month lead with both teams holding down the 1 and 2 spots of the Metropolitan Division of the Eastern Conference after the 20 game first quarter poll is amazing. In basketball , baseball, and football the power house teams usually run the show for the whole season. This does not apply in the National Hockey League because once the playoffs start its a completely new season. This year’s New Jersey Devils and the Columbus Blue Jackets are proof.

Last year the Devils languished in last place, while The Blue Jackets exited the playoffs after the first round. That will not be happening this year. 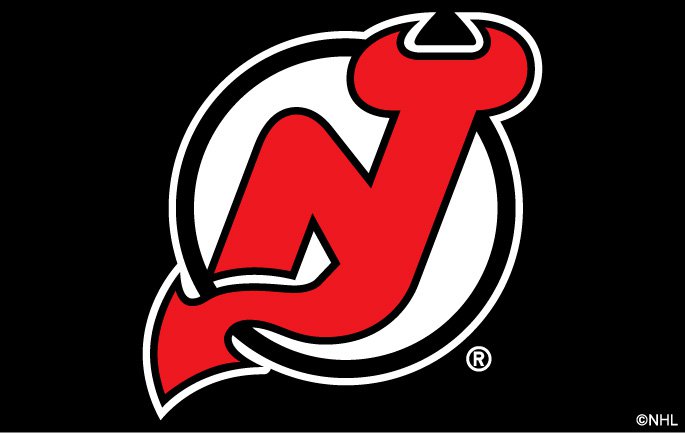 The New Jersey Devils are starting to be called Hockey’s Eastern Road Warriors as they are 8-2-2 away from the ROCK in Newark, New Jersey. Goalie Cory Schneider has finally exorcised the ghost of number 30, the hall of fame Devils goaltender, Martin Brodeur. Schneidner seems more relaxed wearing the road white jerseys. No matter what happens from this point on Schneidner will be the number one goaltender at Prudential Center.

The Mastermind who put this kiddy corps together is General Manager Ray Shero and he is not stopping any time soon. Shero was the architect of the Stanley Cup Champion Pittsburgh Penguins (2006-2014) making strategic trades when the Pens needed certain position filled. Centers Sid Crosby and Evgeni Malkin were the building blocks for Pittsburgh.

He is doing it again in New Jersey resigning the two current stars Brian Gibbons and Brian Boyle. Devil fans are hoping for the same results, a back to back championship in the Garden State.

Center Brian Boyle returned to the ice in November after a battle with cancer and should help the Devils score up the middle.

These guys are fun to watch as they score so many goals and these guys are different from the old pound and grind, Left Wing Lock, Stanley Cup Champion New Jersey Devils; you will not fall asleep watching this team.

Young guns left wing-Taylor Hall, center-Nico Hischier, right wingers- Jesper Bratt, and Brian Gibbons seem like they are having fun and have been here before. These young guns playing above their heads. The Kids did this without veteran centers Travis Zajac and Brian Boyle. Taylor Hall leads the Devils with 21 points and 16 assist. Brian Gibbons leads the team with 9 goals.

The other vets left wing-Adam Henrique and Marcus Johnson, center Blake Coleman and right wing-Jimmy Hayes do not have to press like last year so they can play freely on the ice and can make mistakes without creating damage. The kids pick them up and push them over the top every night. Look out Pittsburgh and Washington.

They are also having fun in Blue Jack City; The Blue Jackets are one of the last expansion clubs to enter the league in 2000 with the Minnesota Wild. The team adopted the team name in honor of the Ohio Civil War heroes. The Popsicle Brothers call them Blue Jack City. The Jackets got into the playoffs in nine years, one of the fastest ever, not including the 1968-69 six expansion clubs.

This record is in serous jeopardy with the first place west coast expansion team Vegas Golden Knights who are in first place in Pacific Division.

The Blue Jack City organization established this leadership with an eye for defense which still stands today. The Columbus Blue Jackets are still one of the best defensive teams in the league, currently ranking sixth out of 31. Now if they could only get a hall of fame goaltender they would be Stanley Cup Champions. Goaltenders Sergei Bobrovsky and Joonas Korpisalo are not it.

The Jackets have one player that has one of the coolest hockey names ever, center, Boone Jenner. The rookie now has to live up to the name with 3 goals and 8 assist. Jenner has an eye for his wingers, for many young players it takes years to trust their wingers; Boone Jenner does this naturally with sweet passes to the left or right. 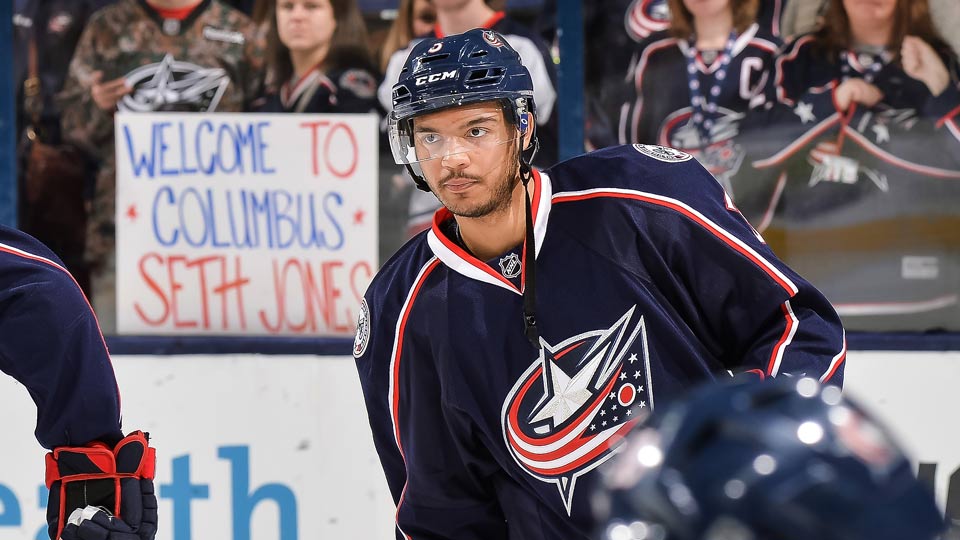 Goal Brother, defenseman, Seth Jones bounces opponents off the boards when they threaten his goaltender in the offensive zone. Opposing players keep their head up on a swivel watching for number 3; Jones has solidified the Jacket defense with his size and strength around the net. He also starts the odd man rushes up the for a Blue Jack City score.

Jones now has assistance from defenseman Markus Nutivaara who just returned to the lineup after an off season hip surgery. Markus had to prove to the Jackets he could play. He has done that and more. He has also been paired with Ryan Murray on the third team.

America cannot see this team because the networks do not think they are important to the league. I’ve seen them only once this year in spite their battle for first place in the Metro Division with the New Jersey Devils.

This Story will continue all winter long

Count on The MIG Line (McClean, Ingram, Gray) to score throughout the 2017 – 18 season for The BASN Assassins!