OAKLAND, CA.-The National Football League ended its 2017-18 season; and the playoffs began not in good standing for African American football fans. The Detroit Lions once again missed the playoffs with their highest paid, overrated quarterback Matthew Stafford. Who pays for this? Former head African American head coach Jim Caldwell (53-43 career-36- 28 Detroit). The NFL fired two Black general managers, both in New York State, with the Football Giants and the Buffalo Bills. The League still does not have a majority owner of any team. The William sisters, Serena and Venus Williams are minority owners of the Miami Dolphins, it is not enough. Then there is the question, “What happened to the Rooney Rule?” As the Oakland Raiders are bypassing this league rule. It seems to be fact that current ESPN broadcaster Jon Gruden-Chucky Cheese will be the next head coach of the Silver and Black without interviewing a minority.

This puts potential candidates in a bind because they want this job but they also know the politics behind hiring in the NFL. The Oakland/Las Vegas Raiders have already made up their minds, The National Football League has to fix this old boy network system so that qualified candidates at least have a fighting chance within the spirit of the Rooney Rule.

The RULE:- Requires each team to interview at least one minority candidate for a senior executive job. The San Francisco 49ers-Detroit Lions found ways around this rule and both teams were fined but other teams like the Oakland Raiders continue this disturbing trend.

The Colin Kaepernick kneeling protest for justice, freedom, and equality may have changed the NFL landscape, may have opened some owner’s eyes to real issues by African American players, but we all have to wait and see.

With the loss of Caldwell, the National Football Conference has a grand total of zero Black head coaches.

The NFC going backward to their roots and their conservative ways and is not a good sign: the conference that was last to have Black players, Black quarterbacks, African American head coaches, and the last to have a Black General Manager.

The NFC will also be the last to have an African American owner. There is a possibility that Puff Daddy-Brother Love, Golden State Warrior- Steph Curry, and a North Carolina Black consortium could buy the Carolina Panthers. Panther owner Jerome Johnson Richardson will be stepping down this year but not of his own free will Richardson got busted for his behavior.  If the consortium is successful it would be a major step for the National Football League – we shall see.

This is what Colin Kaepernick was talking about before the political and social movement got hijacked by our current president. We are still collectively afraid to have a real discussion on race.

The American Football Conference once again continues to show the way with five African American head coaches in one division AFC North three Black men lead their troops in Pittsburgh, Cincinnati, and Cleveland. 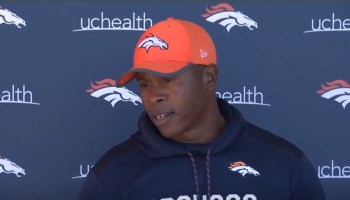 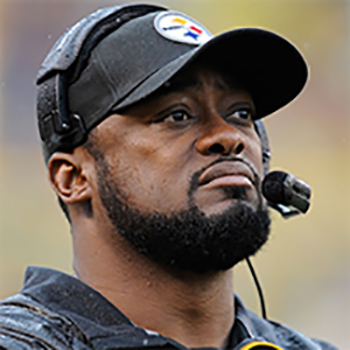 Mike Tomlin never gets enough credit as the Steelers make the playoffs again for the fourth consecutive year. While buttheads like broadcaster Terry Bradshaw are not convinced that Tomlin is the real deal, being hypercritical of his every move on the Fox Sports Network only exposes the red in his neck.

African American General Managers often fight with white ownership on future draft choices and the owner usually wins most of these battles-POWER and CONTROL.

The Cleveland Browns are a classic example of GM, Head Coach, Owner, disagreements. Question how many games have the Cleveland Browns won the past two years? Answer a grand total of one. The Browns had a chance to draft the number one quarterback three years in a row. The organization did not.

Black Ownership -0- This is a Black Eye in the NFL pun intended. Black ownership should be addressed by The National Football League.

Are you still with number seven, Colin Kaepernick after all of these facts?