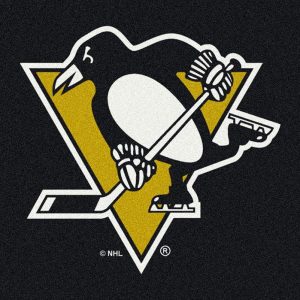 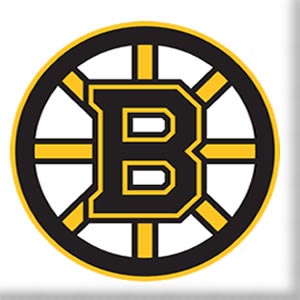 OAKLAND, CA.-The Boston Bruins and the Pittsburgh Penguins are both on the golf course after the  second round of the Stanley Cup Finals. NBCSN-National Broadcasting Company-Sports Network broadcasters Keith Jones and Michael Milbury are not happy because their teams are not going to the Conference Championships. The Tampa Bay Lightning defeated the Boston Bruins four games to one and the Washington Capitals defeated the Pittsburgh Penguins four games to two. The Capitals and Lightning will play for the Eastern Conference Championship Title not the Boston Bruins and Pittsburgh Penguins. Now these two men have to really work a hockey game, really inform the American public without rooting for a team in Black and Gold.  New hockey fans can now enjoy the conference finals without the political sidebars by these two men. This is not the first time a professional sport has had to deal with this issue of preferential treatment by network broadcasters. 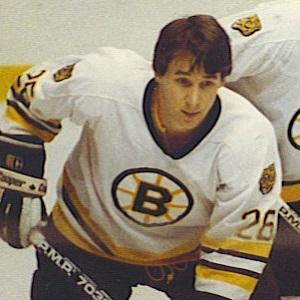 Mike Milbury- played defense for the Boston Bruins between 1974-1987 helping them in the Finals in 1977 and 1978 losing both times to the Montreal Canadiens. He will always be remembered in the shoe incident at Madison Square Garden on December 23, 1979, smacking an unruly fan in the stands with the back end of his shoe.

In 1989 he became the head coach of the Bruins and later would become general manager of the New York Islanders so Mr. Milbury understands the game but has been a lightning rod for controversy as a head coach and general manager, trading players that would later become NHL stars. Last Milbury has called star defenseman P.K. Subban a clown and stated he would smack him in the head if he were on his team. P.K. was dancing on the ice in pre game warm-ups and Milbury did not like it. I guess Milbury has forgotten it is a game and players are there to entertain the fans. 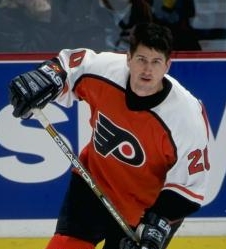 Keith Jones- The younger one of the NBCSN broadcasting crew was drafted by the Washington Capitals in 1988, a prolific assist artist. He would also play forward for the Colorado Avalanche and the Philadelphia Flyers. His best year was 1998-99 when he collected 49 points and 18 goals for the Flyers.

Both of these announcers do not like the new breed of hockey player like forward Wayne Simmonds of the Philadelphia Flyers, San Jose Shark forward Evander Kane, Edmonton Oilers Darnell Nurse, Winnipeg Jet defenseman Dustin Byfuglien, defenseman Seth Jones of the Columbus Blue Jackets or defenseman Ryan Reaves of the Golden Knights of Vegas because they are active on the ice, big, fast, and BLACK.

Both men have been critical of  Black star players as they have made the same hockey plays that American and European white players have made, not good enough. 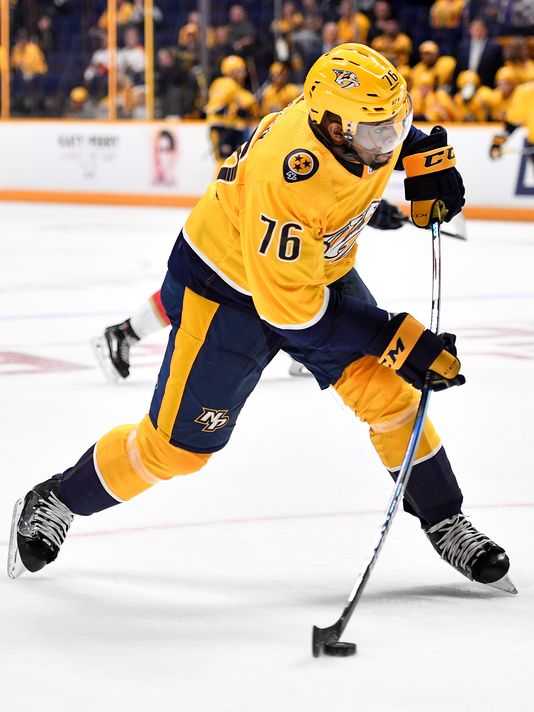 The League might have told Milbury to close his mouth about Nashville Predator defenseman P.K. Subban because he has not said a word since March of 2018. The League knows Subban is the new star of the league and has brought in thousands of fans from the American South region.

The Black Hockey League-Colored League change the rules of hockey by letting defenseman cross the blue line creating more offense in the game but don’t tell Jones and Milbury. 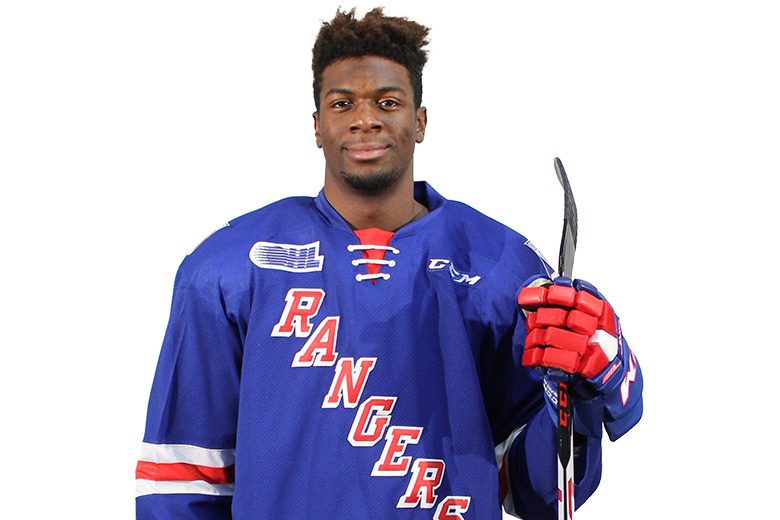 Milbury and Jones have been silent on the recent incident with 20 year old forward Givani Smith of the Kitchener Rangers the farm team of the Detroit Red Wings. The Rangers beat the Sault St. Marie Greyhounds 4-3 in overtime and the fans went nuts with death threats and racial slurs toward Smith. Givani was just doing his job giving an assist on the winning goal for his team. Smith did not help the circumstances by giving the Greyhound bench the middle finger. It got so bad the OHL-Ontario Hockey League had to send police to protect the Ranger team the rest of the playoffs. Not a word from Jones and Milbury while white players do this every week in the National Hockey League and that’s o.k. according to Jones and Milbury.

As a Black hockey fan I’m offended by Jones and Milbury because they are very critical of Black players week in and week out. Players that look like me are not good enough in Jones and Milbury’s eyes. When the Boston Bruins and Pittsburgh Penguins start winning I turn the sound off of my television because Jones and Milbury cannot stop fawning over them.

In 2004-05 The National Hockey League left ESPN- The Entertainment and Sports Network- Tuesday-Wednesday and Thursday hockey night ended and NBC-Comcast-OLN-Versus took over. The Mouse (ESPN) opted out of the contract after the NHL player lockout, the first one since 1994-95 baseball lockout. The Comcast Cable Company in August bought the contract for 70 million dollars. Comcast is based in Philadelphia and also owns the Philadelphia Flyers. The network known then as OLN/Versus now NBCSN changed the way hockey would be broadcast in the United States. This started the east coast bias in the NHL by broadcasting only east coast American teams. 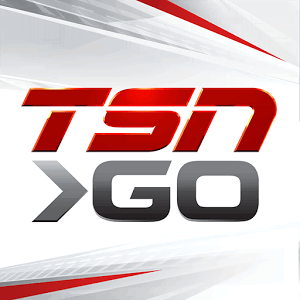 TSN gives you insights on what the coaches are thinking, how the defenses work or what to expect in a certain period. TSN informs the new hockey fan the rules of the game and the strategies something the American television crew has yet to learn. TSN broadcast games with the Winnipeg Jets, Toronto Maple Leafs, Ottawa Senators, Calgary Flames, and Montreal Canadiens. Something that NBCSN has not done, catering to the Northeast corridor from Boston to Washington.

Mr. Milbury and Jones should be in the business of recruiting new hockey fans, can’t do that if you’re favoring certain teams. When the Boston Bruins and Pittsburgh Penguins are not winning the viewer can tell by the way Milbury and Jones are speaking on air. This is not fair to the casual hockey viewer.

This is nothing new back in the 1980s CBS the Columbia Broadcasting System had the same problem with their National Sunday afternoon broadcast of the NBA-National Basketball Association game of the week with ex-Boston Celtic coach and player Tommy Heinsohn 1984-87. It was in the heyday of the Boston Celtic-Los Angeles Laker championship rivalry and we all know who Mr. Heinsohn was rooting for. CBS lost the contract just as NBC might lose their contract if they don’t expand their broadcasting horizon.

Jones and Milbury should be happy that a new and exciting team in Las Vegas has sparked interest in the sport. An expansion team breaking records each time they skate on the ice, a new team that has uplifted a city dealing with tragedy. These two gentlemen should be excited that the ratings and attendance are up. 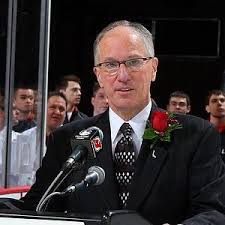 Keith Jones and Michael Milbury should follow in the footsteps of the very classy broadcaster and lead play by play announcer, Mike “Doc” Emrick, the Vince Scully of the National Hockey League. Emrick enjoys the game and gets excited when one teams plays well just as Scully at Dodger Stadium. He places you on the ice and you want to be there the way he explains the play on the ice

The League has some soul searching to do in the broadcast booth.