OAKLAND, CA.- The United States of America celebrated the Fourth of July this past Wednesday while 2,000 Latin children were still in cages with concrete floors separated from their mothers and fathers.

Black males are being escorted out of restaurants, coffee houses, and waffle houses for doing nothing but being who they are. While Black female tennis champion gets tested more than any other American player on the tennis tour, This is after Russian tennis star Maria Sharapova gets caught using meldonium in 2015. The question should be asked WHY?

YET ALL LIVES MATTER!!!!

Some white females are calling their local police departments on African Americans for non-emergency issues. Wasting time, energy, and resources. Nobody is calling these young ladies out for their racist acts on innocent people.

With this current President in the White House, we are traveling an old worn out historical path. History is repeating itself. Emmett Till, The Central Park Five, The Tuskegee Experiment, Rosewood, Black Wall Street, and the Scottsboro Boys are going to be revisited.

African Americans wrestle with patriotism, loyalty, and honor in the United States at the same time being treated like rubbish. These devoted Black citizens keep rising about the skirmish, rising above the fray.

A very talented young Black man from Rochester, New York graduated from University Preparatory School for Young Men. He graduated valedictorian of his class, the first black to do so. It was an honor for Jaissaan Lovett but the principle, Joseph Munno refused to let the young man speak to the class graduation day because the two had different ideas on the issue of how student protest should be handled.

Principle Munno wanted to ruin graduation day for Mr. Lovett because he had the power to do so but Mayor Lovely Warren of Rochester would not hear this and invited the young man to give that same speech at City Hall then the mayor posted it on facebook. Ms. Warren is African American.

It is ironic that Mayor Warren and Jaissaan Lovett come from the birthplace of Frederick Douglass. Mayor Warren used the words of Douglass “That it is easier to build strong children than to repair strong men.” America continues to miss the boat. Mayor Warren was and is very proud of this young man.

Black freedom fighter Frederick Douglass from Rochester, New York  spoke on the condition of slaves on the Fourth of July 1852. This is part of the over two hour speech.

“The Constitution is a GLORIOUS LIBERTY DOCUMENT. Read its preamble, consider its purposes. Is slavery among them? Is it at the gateway? or is it in the temple? It is neither. While I do not intend to argue this question on the present occasion, let me ask, if it be not somewhat singular that, if the Constitution were intended to be, by its framers and adopters, a slave-holding instrument, why neither slavery, slaveholding, nor slave can anywhere be found in it.”

“Had I the ability, and could I reach the nation’s ear, I would today pour out a fiery stream of biting ridicule, blasting reproach, withering sarcasm, and stern rebuke. For it is not light that is needed, but fire; it is not the gentle shower, but thunder. We need the storm, the whirlwind, and the earthquake.”

Douglass was right only a typhoon will change this great nation and the question remains are we in the eye of that racial, political, social, and economic storm?

These are the following nine reason African Americans are still slaves in the United States, yet some people say ALL LIVES MATTER. If that were true, everybody would be working to change the criminal justice system. This justice system only reinforces institutional racism.

The numbers exploded during President Richard Nixon’s War on Drugs but what the American media will never tell you, is how those drugs came into America in 1969-1970.

NOW THINK REALLY HARD. How many African Americans owned boats, trains, or planes in 1970’s? Black people are more likely to be arrested for nonviolent offenses.

Question, how many white individuals get arrested for Jay-walking, DWB, Driving While Black, selling loose cigarettes on the streets, sitting in a coffee shop, mowing the lawn, selling water on the street, or walking in the middle of the street? Black people are 3.2% more likely to be arrested for possession of marijuana than their white peers, even though blacks and whites use the drug at similar rates.

Attorney General Jefferson Beauregard Sessions appears to be seeking a return to higher incarceration rates with new laws. Will this really MAKE AMERICA GREAT AGAIN? Black people are more likely to be sentenced to death for crimes against white people.

White citizens who kill Black people receive lesser sentences at trial (life in prison) than when African Americans take a white life (death). The death penalty was reinstated in 1976: 80% of people who have been executed have been put to death for crimes against white people. Again, the news media will never inform the American public about this fact.

Blacks and whites are likely to be murder victims at roughly equal rates. Black people are less likely to be judged by a jury of their peers in criminal trials. All- white-juries are commonplace in the American court system, but it is rarely seen an all-Black-jury at a criminal trial. Is this equality under the law for African Americans?

The law states you shall be judged by your peers. African Americans never get this opportunity. Government studies have found that racism is common in jury selection.

African American children are sometimes physically assaulted and are assessed harsher punishment by school authorities when that child breaks any rule. This begins the school-to-prison pipeline which starts at pre-school. The path to incarceration begins.

YET ALL LIVES MATTER!!!!

Each day, 500,000 people fill America’s jails awaiting trial because they are too poor to afford bail.

Americans technically are innocent until proven guilty, but if you are poor that can be an additional problem, because they are sent to jail and wait until their trial date because they do not have the funds for bail. The Vera Institute found that 50% of people awaiting trial couldn’t afford bail of $2,500 or less.

Even Black men who do not have criminal records are less likely to be hired for jobs than white men who’ve been convicted of felonies.

Discrimination runs rampant in the job market. NBC News reported in 2015 that if the applicant had an African sounding name he/she did not get a second interview but white individuals with European names received phone calls after the first interview. This was also true with apartment hunting in major cities across the United States.

Black Disabled Americans are literally the last hired and the first fired.

The Disabled Revolution of the 1970s favored most white disabled community and left African American disabled folk behind. Many leaders of the movement stated that they modeled their revolution after the Civil Rights Movement, but they forgot one thing: BLACK PEOPLE. America’s Black disabled were on their own and had to play the game of catching up in the 1980s.

The 2015 murder of 75-year-old Mr. Robert Godwin in Cleveland by a distraught African American, Steve Stevens and whose later suicide in Erie, Pennsylvania just magnifies this problem of mental health in the Black communities.

“In World War I and World War II, African-Americans were sent overseas to defend our nation. They all went there, able and willing to fight against fascism. These young men were fighting for freedom in a foreign land and when they came home to America they did not have that same freedom. Under the Red, White, and Blue these veterans returned to be second class citizens AGAIN…” 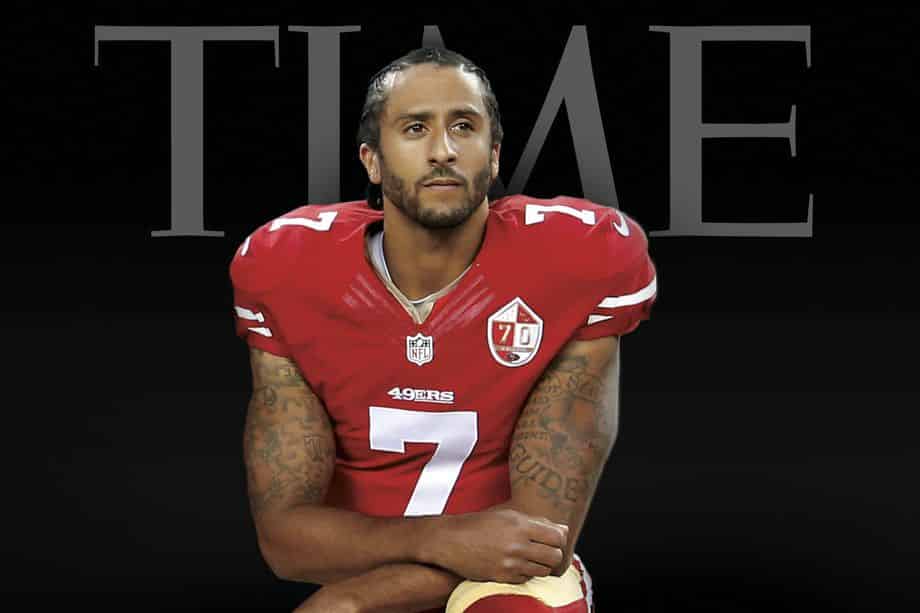 Mr. Sharpe states, some Americans insist that Black Lives Don’t Matter but All Lives Do…Now think about these Black men who go to Germany to fight for people who they have nothing in common with and gain their freedom, only to return home and sit in the back of the bus for 15 more years.

Black men are being killed, beat up, shot, and arrested for noncompliance, when white criminals who stab, kill, and rape get tazed, pepper sprayed, and handcuffed. In other words they live to tell their story.

Another young white male travels miles and miles across a state boarder then walks into a church in South Carolina to join their prayer group, with the intent to kill. He then stands up and shots nine members to death, premeditated.

The arresting officers take this young man to Burger King to buy a whopper because he is hungry… If it were not for the courageous young white female who followed him in her car. This young lady called the police or this killer might be still in the land of the free to strike again.

Noncompliance to a Black man is a death sentence. A white male might get beat up or wounded but he will live to tell the story.

This is what upsets many African Americans: the double standard that permeates the country. 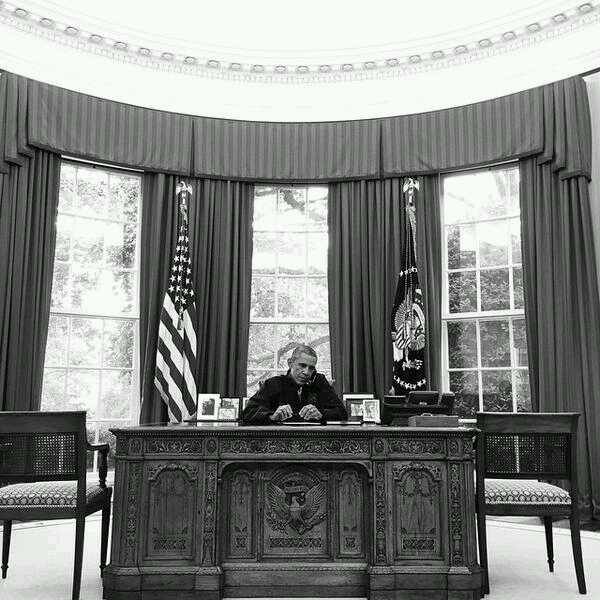 In 2008, President Barack Obama tried to invite the United States into a bi-racial community, a multi-racial family.  It did not happen and President Donald J. Trump is currently pushing in the opposite direction, creating a clear racial division among Americans. The forces of white supremacy would not let President Obama succeed. Those same forces are now backing President Trump.

Slavery is still here under a new name, and new racial, political, social, and economic face.

This is a sad commentary on the United States of America.