“Float like a butterfly, sting like a bee, nothing could be better in goal then Sugar Ray Emery.”

OAKLAND, CA.– They called Ray Emery the Muhammad Ali of the National Hockey League because he was never reluctant about fighting on the ice. 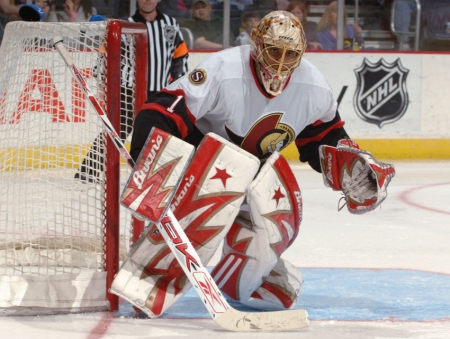 Ray Emery received the name Sugar because he loved the sport of boxing and would paint boxers on his helmet. Boxers like Joe Frazier, Bernard Hopkins, and the fictional Rocky Balboa. It was fine until he put the image of Mike Tyson on his mask and was forced to remove it by the league.

This Canadian farm boy would become the second best Black goaltender in the National Hockey League following in the footsteps behind the Godfather Grant Fuhr of the Edmonton Oilers.

Emery with his aggressive style took away the shooting angles of scores by moving out of the crease to confront them directly.  He also combined the butterfly style with the old stand up goalie style.

Many goaltenders use this combined style today. The National Hockey League lost Ray in a drowning accident in his hometown of Hamilton Ontario, Canada this past weekend. Ray Emery got me interested in the Ottawa Senators because I loved watching goalies in the first place and that he was a brother that was just an added bonus.

I never really paid attention to the new team in the Canadian capital until number one showed up. Many Black hockey fans have stated the same comments about Emery.

Sugar Ray played every sport as a child and played defense in hockey until the team could not find a goalie when he was nine years old. This would be his on-ice home the next 24 years. 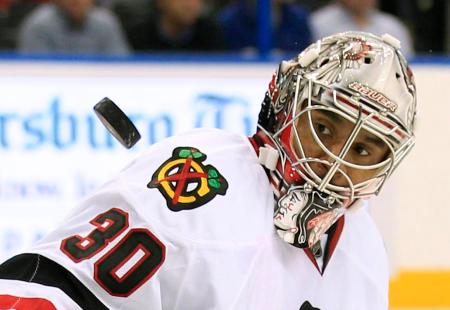 Emery also would lead the Ducks to the playoffs. He would carry the team on his back to get them to the finish line in Ottawa, Philadelphia, Chicago, and Anaheim, not many goalies can say this.

Sugar Ray had one of the best starts in NHL history in Chicago in 2012-13 with a 15-1 record and a 10-0-1 record at Chicago’s United Center. This Blackhawk team would win the Cup over the Boston Bruins.

This man only had two losing seasons in his NHL career but he never got the credit for this remarkable feat. We all know the reason why Ray got into a few skirmishes throughout his hockey years in the locker room and many writers would not forget. 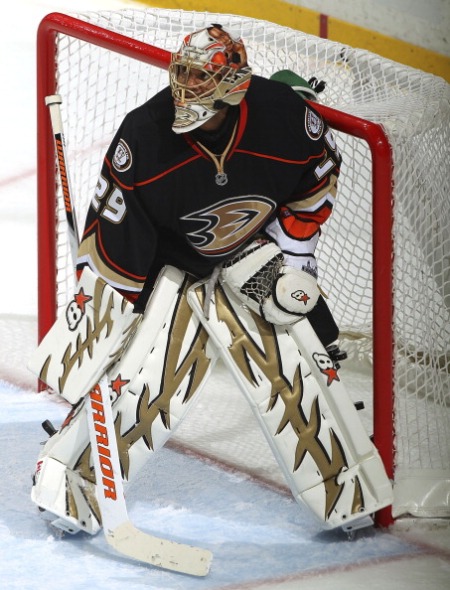 Emery was a nominee for the Bill Masterton Memorial Trophy three times honoring him for his dedication and perseverance to the game of hockey.

Sugar Ray Emery will be missed.