EDITOR’S NOTE: This article was originally written two years ago, but we have to add a few historical updates and ask the question, Have we changed?

OAKLAND — As we approach the midterm elections on November 6, The President of the United States went to Murphysboro, Illinois for another political rally, landing at Southern Illinois Airport, an airport which I have flown in and out of during my college years. This President continues to support his Republican candidates around the country but he has to look into the mirror.

The President wanted to continue the midterm campaign with speeches and pep rallies in the mid-west for the House and Senate seats. It should not have happened after another American tragedy

This is a complete disconnect by the President with the reality of the world’s current events. The deadly shooting at the Pittsburgh synagogue in which eleven people died and the mail bombs to twelve Democratic leaders, two democratic supporters, and a national news service (CNN).

This should have been a stop sign for 45 in his campaign mode. It should have informed him to go back to Washington and go into the presidential leadership mode, into the bi-partisan mode; he did not and continued his attack on the American news media.

This President has attacked the notion that you can be born American by your foreign parents. The birthright citizenship is unique to America. It allows anyone to claim a right to be American. There are 38 other countries that have joined the United States in this practice.

He is going to try to end this with an executive order to challenge the Constitution. The next target on this list will be naturalized citizens and that’s why it was so important that Brett Kavanaugh gained a seat on the highest court of the land.

He blames everybody else for his mistakes and never takes responsibly for his own actions and his own words. He has the personality and temperament of a three-year-old in a temper tantrum.

So no, we have not changed at all and it has only gotten worse in Washington, D.C.

Since Election Day of 2016, we have witnessed a complete change in the political and social attitude of the United States of America. The Era of Hope has given way to the Era of Fear and Rejection; The Era of Inclusion to the Era of Division.

This country is being watched around the world and most American viewers are bewildered with this country’s political kneejerk actions and reactions in the last three months. They are disappointed in the way our country’s leader has conducted business. Many African Americans are profoundly confused and disappointed.

It is profound because the United States of America could be repeating the history of the 1920s and 30s. This is not beneficial to America or the world. Many are disappointed by this administration’s demonization of Latino and Arab Americans, wanting them out of the country. Lastly, this administration is mounting a war with the American press corps, in an obvious attempt to control the dissemination of information.

Remember, we are all immigrants. The only true Americans are Native American Indians. The growing attacks on free speech and the side-stepping of anti-Semitic incidents continue to grow. History is truly repeating itself and Americans are standing around watching. 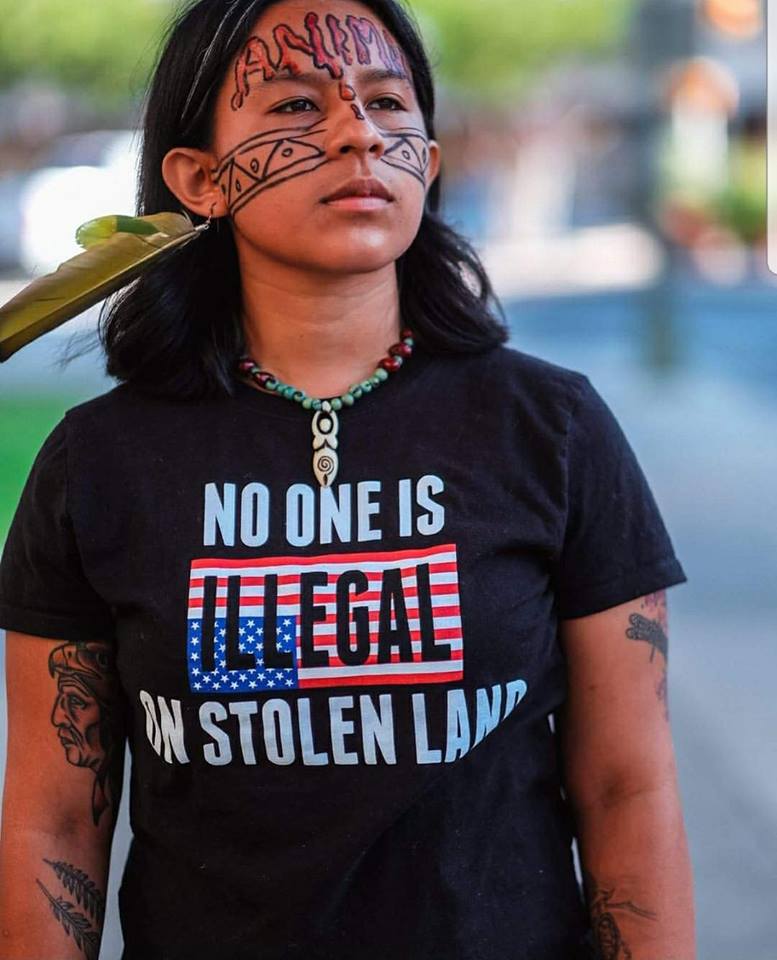 Scapegoating immigrants is nothing new in the United States. The Irish, Germans, Poles, Italians, Greeks, French, and Eastern Europeans went through the same issues decades ago. Chinese-Americans felt the sting in the 1870s.

These same Japanese American citizens fought in World War II in Germany only to return to those same internment camps. Are we about to do the same thing with Middle Eastern- Americans and Latino- Americans?

African Americans also fought in both theaters of WWII only to return to a segregated nation. Are we slowly going back to this ugly part of history with this current administration in Washington, D.C.?

Our new leader has pulled the country into an extreme right turn and a precarious position. Allies all over the world are closing their political doors to our new president. America’s allies do not know what to expect from the man that occupies 1600 Pennsylvania Avenue.  They don’t know if he will turn on them just as he has turned on some of his own employees in the White House.

WAR ON PEOPLE OF COLOR 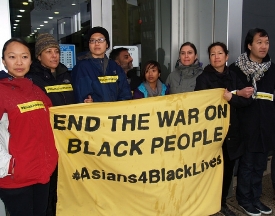 This man has declared war on people of color in the United States and Americans have allowed it to happen.  Hate crimes have increased since November 6, 2016, because these individuals (white supremacist extremists) who perpetrate such crimes have been given the green light to do so by our elected officials in Washington. This administration refuses to put the Ku Klux Klan (KKK) and other white supremacy groups on the terrorist watch list when every African American knows that they are clearly a domestic terrorist.

Government employees of color have walked away from their jobs in the past 30 days rather than deal with this administration’s attitude of the good old boys club. Rumana Ahmed, a Muslim woman who wears the hijab and worked in the National Security Council in the Obama administration, left her job after eight days of work under the new administration.

She felt unwanted and not welcome. She wanted to give this administration a chance, a chance for them to experience a different view of Islam and the American Muslim community. IT DID NOT HAPPEN!!!

Apparently, The Muslim travel band and the Syrian refugee issue was the last straw for Ms. Ahmed. Many other fellow employees have also left because they could not work in the White House in good conscience with the attitude it has about people of color, A SILENT PROTEST.

“I told him I had to leave because it was an insult walking into this country’s most historic building every day under an administration that is working against and vilifying everything I stand for as an American and as a Muslim. I told him that the administration was attacking the basic tenets of democracy. I told him that I hoped that they and those in Congress were prepared to take responsibility for all the consequences that would attend their decisions.”

This administration really believes that diversity is a weakness and teaches the virtues of authoritarianism and that Islam is incompatible with the modern western world. If that were really TRUE, the Islamic world would have attacked the western world decades ago.

Ms. Ahmed is a 2011 graduate of George Washington University in International Relations but this administration does not care. Ms. Ahmed started working in the White House those eight days brought back the feelings after the 9/11 attacks. What made this worse is that people in power were fueling the fires of Islamophobia and fear.

This administration is on a very difficult road and the treatment of this woman is an example of the arrogance, obscurity, and stupidity the White House displays; wasting talent that could make this country stronger through diversity.

This administration has also gone after African-Americans, Latino-Americans, and Native Americans. 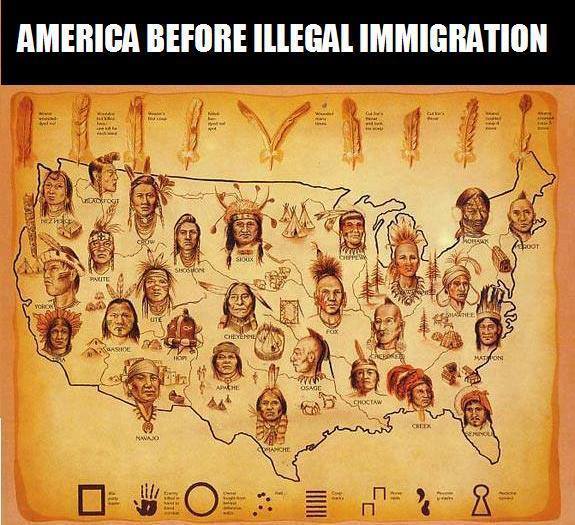 1st: – The Government ordered all of the protesters at Standing Rock, North Dakota off of the property or be arrested as the Corps of Army Engineers restarted the oil pipeline project.  Once again Native Americans are removed from their own land for American progress and greed. This is a human disgrace but this Administration does not care. Money is more important than human lives.

3rd: – The military style round-up of undocumented Latino-residents of Santa Cruz and Daly City, California could be a view of the future.

The deception by this administration on the police departments of Santa Cruz and Daly City, stating it was searching for undocumented alien criminals, in reality, was a test run for The United States Immigration and Customs Enforcement (ICE), and Homeland Security agents searching for all undocumented residents. All of the individuals arrested were released three days later with the exception of one, who had an outstanding criminal warrant. So the question needs to be asked, why these government entities have to misinform (LIE) the local police forces to get their cooperation? Second, why did these federal agencies wait until after the local police forces left the scene to arrest these individuals?  The answer is SANCTUARY CITIES.

4th: – Wednesday night February 22 Adam Purinton went to a bar in Olathe, Kansas opening fire on two Indian-(New Delhi) men, killing one and injuring the other. Witnesses stated he yelled, “get out of my country” before shooting the two men.

Months before this horrible event, the deceased man’s father requested that his son leave America after the elections in November because of the father’s fear of violence against people of color. He also urged all parents of Indian students not to send their children to the United States.

This is what this new administration in Washington has fostered. Nothing new but the eight years of President Barack Obama and the ascension of this present administration has doubled racial animosity and fostered fear.

Lastly, the attack on the Fourth Estate, the United States press corps, and this, my fellow Americans, is the most dangerous issue of them all. This administration continues to threaten schools, cities, towns, and states, by withholding federal funds to these entities because of their political or social stance that is in opposition to Washington, WE HAVE A PROBLEM.

It is dangerous when this administration can choose and bar who can or cannot attend the weekly White House press conference and dictates when the information can be released. That is propaganda and that is following in the footsteps of “der Fuehrer” of the Third Reich Era Germany once again Americans are just standing there watching.

That means, my fellow Americans, STATE RUN MEDIA in our future?  This administration must be taking private lessons from Comrade Vladimir Putin of Russia and his state-run paper called PRAVDA.

The different style of governing can be contrasted with the grace, compromise, and humility of 44 that cannot be duplicated by 45. President Obama encouraged inclusion, discussions, and debates; this administration does not or will not.

During the campaign last February, Obama visited a Baltimore mosque and reminded the public that “we’re one American family, and when any part of our family starts to feel separate…It’s a challenge to our values.” His words would go unheeded by his successor.

I’m very disappointed that we, Americans, have to fight this fight all over again.

One thought on “DISAPPOINTED IN AMERICA”