Pokey Chatman played then coached at Louisiana State University. She was ousted after allegedly dating one of her players. This was one of the most disappointing moments in college women’s basketball. This issue raised its head again at Penn State University and divided the team Rene Portland had a no lesbian rule and was released from the Nittany Lion program in 2007.

Chatman led the Lady Tigers to three final fours before retiring and going to a Russian Federation team. Chatmen return to the United States and became General Manager and head coach of the Chicago Skyy of the WNBA. Ms. Chatmen is currently coaching with the Indiana Fever.

Staley won the SEC- Southeast Conference and Atlantic 10 coach of the year with honors entering the College Basketball Hall of Fame.

She has so much basketball history playing point guard at the University of Virginia. 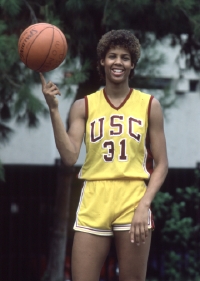 Cheryl Miller- University of Southern California basketball star and NCAA Champion Reggie Miller’s sister has led a full life after graduating, playing, and coaching. She played for the United States in the 1983 Pan Am Games then the 1984 Summer Games in Los Angeles. She played on the 1986 Goodwill Games in Moscow and this was her chance to try the television job. She coached her alma mater in 1993, played on the U.S. international team, and in the United States Basketball League a men’s league. That did not last long before the WNBA called her to coach the Mercury 1997-2000.

Miller received her first network job with ABC/ESPN and the Wide World of Sports in 1987-1993 then the 1988 Calgary Olympics and a sideline reporter for the 1991 Capitol One Bowl. Miller now works as the basketball head coach at University of California State-Los Angeles. The Golden Eagles are a Division Two school in the California Collegiate Athletic Association.

Terri Williams- Flournoy – Georgetown University hired an all Black assistant coaching staff and created a firestorm in 2006. Williams stated that she was overlooked many times when positions were open and she wanted to give young African-American women a chance to coach. She stated that many college Athlete Directors do not know these young Black women so they do not hire them. Williams played for the Nittany Lions of Penn State who won 2 straight conference championships and went to the NCAA Tournament three of four years. She worked as an assistant with Southwest Missouri State, University of Georgia, and Georgetown. Flournoy finally landed in Auburn in 2012.

Conquese Washington in 2007 went to Pennsylvania State University. Washington played for the Fighting Irish of Notre Dame while acquiring a Law degree. She enjoyed being the first President of the WNBA 1999-2001. Her pro career was short with the New York Liberty and Houston Comets before returning to her alma mater to be an assistant coach. Then came the challenge at Penn State. She had to straighten out a team that was divided by former head coach Rene Portland.

Jackson is currently an assistant at University of Miami (Florida) since 2015.

Cynthia Cooper attended the University of Southern California and became one of the best guards in women’s college basketball. She led the ladies of Troy to four straight NCAA tournament appearances and back to back national titles 1983-1984.

Cooper played for the United States Olympic team and the Pan Am team in 1987. Most of her pro career was spent overseas in Spain and Italy. Cooper won 4 WNBA Titles with the Houston Comets and went on to coach the Phoenix Mercury for a year and a half. She would teach the Mercury how to play defense.

In 2005-10 she was named head coach of Prairie View A&M University winning the SWAC Southwest Athletic Conference three times and would later in 2010-12 become head coach of the UNC-University of North Carolina Wilmington Seahawks.

Ms. Cooper retired in 2017 from the University of Southern California as head coach. Winning their first Pacific 12 title and NCAA appearance in 2013.

Teresa Weatherspoon – played for Louisiana Tech and then the WNBA New York Liberty and the Los Angeles Sparks. Weatherspoon was one of the best defensive players in the league and won the award two years in a row. She is one of the new coaches in the NCAA as she returned to her alma mater in 2009 teaching young ladies the art of defense.

Jolette Law- Law played for the Iowa Hawkeyes before graduating and playing three years with the famous Harlem Globetrotters. She was the assistant coach under Ms. Stringer at Rutgers before the University of Illinois hired her in 2008 as the head coach. She guided the Fighting Illini to 2 WNIT births.

Law now works in South Carolina as an assistant coach with the NCAA Champion Gamecocks and Dawn Staley.

There are other black assistant coaches that should be given a head coaching position for instance.

The point guard for the Demon Deacons and graduated Wake Forest in 1987. She started her coaching career immediately with Division One Lenoir-Rhyne College before moving to Western Michigan University.

Williams has also written a book called “Coach Like A Mother- A guide for the 21st Century Sports Coach,” 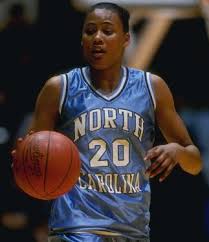 Marion Jones- Thompson people forget Ms. Jones played basketball for the Tarheels at the University of North Carolina Chapel Hill, a team that won the national title in 1994. Jones was the freshman starting guard before her track stardom. Jones was drafted by the Phoenix Mercury in 2003 but never played. She served as assistant coach and player for the Tulsa Shock until 2011.

Jones will always be remembered as one of track and field stars under the BALCO drug investigations. Jones went to prison for lying to the Federal Grand Jury and remains the only female to do so. American Justice at its best letting the co-conspirators go for testimony against Jones.

The explosion of young ladies playing the round ball should correct this short historical past.

Note- This article did not include the head coaching jobs at (HBCUs) Historically Black Colleges and Universities which are 90% staffed with African Americans. This includes 40 HBCU institutions.