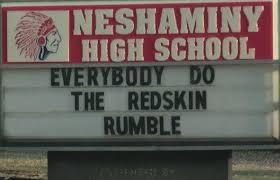 OAKLAND, CA.- As we turn the calendar to 2019 the fight to ban the R-Word continues and travels to Bucks County, Pennsylvania. The Neshaminy School District has been sued by the state Human Relation Commission for the use of the R-word. Hearings are currently being held for their athletic teams using the Redskin name.

Attorney Lisa Knight of the Pennsylvania Human Relations Commission argued before a commission hearing officer that the Bucks County district wouldn’t use a nickname based on any other racial group, so it shouldn’t use a term that many indigenous people find offensive.

As each year passes more high schools are dropping this name and mascot. In Michigan Belding High became the Black Knights, In Houston Lamar High became the Texans and in Wilmington, the Conrad Schools of Science became the Red Wolves. Schools all over the country are throwing in the towel rather than make a public stink about their nickname and mascot, not Neshaminy High School.

The high school has instead dug in its heels and refuses to move on this issue. Annemarie Remy a Native American from the Lenni-Lenape tribe and the grand-daughter of Bill Thompson-Chief Whippoorwill has tried to educate the community.  Stating that we will try to make the people of Bucks County understand the error of their ways, it has not worked.

In 2013 another Native American resident Donna Fann-Boyle filed a complaint on the behalf of her son at Neshaminy High. The Boyle family dropped the case after they were harassed by the local residents of Bucks County,

The fight is entering its 40th year and the Alumni want to hold on to the past just as the Washington Football Club, The Chicago Blackhawks, The Kansas City Chiefs, The Atlanta Braves, and Cleveland Indians want to hold on to their name and mascot. “It’s part of a proud tradition,” A tradition that needs to fade into the past. Slavery was part of American tradition, you don’t hear people wanting to bring back this tradition even thou some say Mr. Trump would not object

“The R-word is meant as an honor.” Guess the people of northeast Pennsylvania have not read or understood the definition.

The meaning comes from the bounties offered for the killings of Native Americans by presenting the bloody scalp or skin, thus calling it red skin. This is not flattering. The Author of “the Wizard of Oz,” L. Frank Baum pleaded for the annihilation of the remaining Native Americans in 1890. This is the same attitude in 2019 concerning the mascot and name of teams across this nation with the R-word.

Keeping the name desensitizes a racial slur and even promotes acceptance. This is the fight that most politically active Native Americans engage in every day across this nation.

Progress is being made in 2015 the State of California banned the name from high schools and in 1989 there were 93 schools in our nation using this name. In 2019 it has dropped to 49 in 20 states. 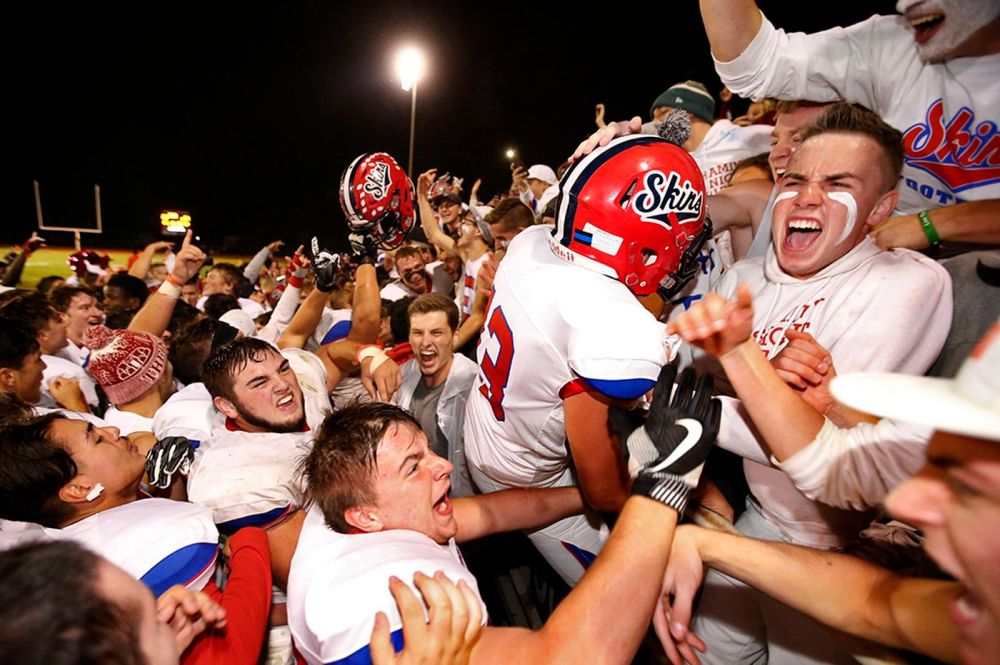 The Pennsylvania Human Relation Commission will continue to have hearings on the Neshaminy High’s nickname and the defenders will keep up the fight to keep the R-word.

As Spike Lee states “Do The Right Thing.” Neshaminy High administrators change the mascot and name be on the right side of history.

I hope we don’t repeat those errors by censoring pro-Redskins voices. Whether the school retains its nickname or not, everyone in the community should remain free to use the term (or not) as they see fit. Any new restriction will make the defenders of the nickname into martyrs. And it will reinforce the narrative of political correctness in which finger-wagging liberals impose their linguistic preferences on everyone else. This reporter still does not get it, that you cannot disrespect another’s culture.

The school newspaper tried to be correct and got punished for it. The school officials required the paper to use the R-word on their editorial page. The student refused and the faculty adviser was suspended for two days without pay. This was sending a message to the students restricting free speech.

Last if you are going to use a Native American name and logo please get it correct.

Under cross-examination by Knight and questioning by the hearing examiner, Carl Summerson, Billeaudeaux conceded that the Neshaminy logo is historically inaccurate because it depicts a Plains Indian and not one from the Lenni- Lenape tribe that once dominated the area that is now lower Bucks County.

The Neshaminy High R-word defenders have to look at themselves in the mirror and ask are we really racists?