Professor Fred Whitted, a graduate of Winston-Salem State University and the publisher of the Black Heritage Review in North Carolina, has stated so many times on The Gray Leopard Cove, Soul Tree Radio in the Raw, and WCLM Radio-Richmond. that African Americans have to tell our own story or it will get lost by others telling it in their own way.

The Green Book is just another example of changing a historical event.  The movie industry finally wised up and stopped making films like “Precious,”  “The Blind Side,” “The Help,” “Django Unchained,” and “12 Years a Slave.”

They started producing films like “Selma,” “Ray,” “Ali,” and “Hidden Figures.” Finally, the movie industry is putting a positive light on Black life in the United States, stories about African Americans that made the USA a better place to live. 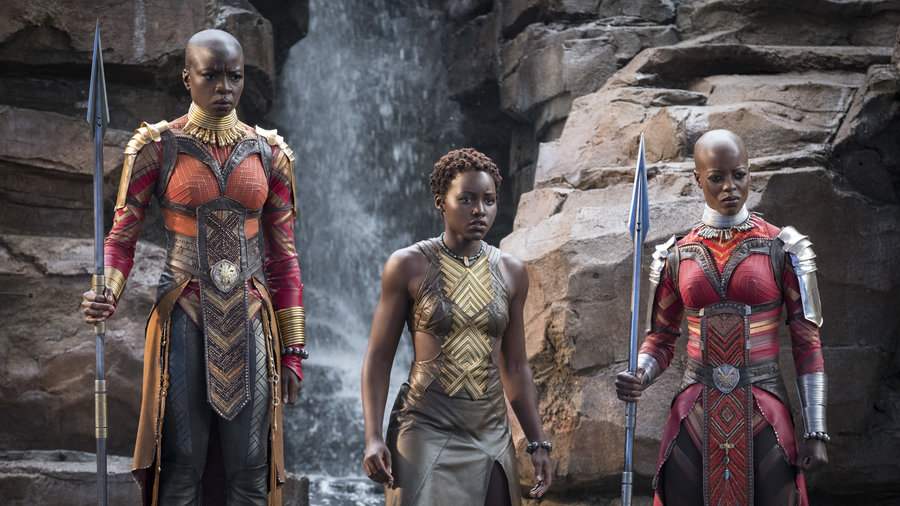 The incredible Regina King-“If Beale Street Could Talk,” won an Oscar; Hannah Beachler-“Black Panther” became the first Black person ever to win an Oscar for production design, while Ruth E. Carter-“Black Panther” became the first Black woman to win the award for costume design, both for their work on the summer blockbuster “Black Panther.” Mahershala Ali-“Green Book,” Peter Ramsey-“Spider Man-Into the Spider-verse,” and Spike Lee-“BlackkKlansman” all took home Oscars.

Hattie McDaniel won the first Oscars for African Americans in 1939 in “Gone with the Wind” as her role as Mammy. This theme of Black people helping white people continued until the turn of the century.

In 1948 The Academy gave a special award to James Baskett for the characterization of “Uncle Remus in Song of the South”- a Walt Disney Production. Johnny who is 7 years old learns about plantation life through stories told by plantation worker Uncle Remus, who was a slave.

The next African American woman to win would not happen until 1990 in the movie “Ghost”-Whoopi Goldberg. A ghost who gets transferred into the body of Demi Moore’s boyfriend after he is murdered. This ghost was sent to protect Demi Moore. It was the love story of the 1990s. Nobody explains how Whoopi who is Black and a woman transferred to the body of Patrick Swayze who is white and a man.

The first positive role that won for African American women was in the 2006 movie “Dreamgirls” with Jennifer Hudson.

The first Black male to win the statue was Sidney Poitier in the “Lillies of the Field” in 1963 some 24 years after McDaniel.

Louis Gossett Jr. would stand center stage 19 years after Poitier playing the role of a United States Marine Gunnery Sergeant Emil Foley in “An Officer and a Gentleman.” This was one of the best movies ever, showing Black leadership and Black direction for future United States Navy aviators.

The Oscars award show this year made sure we did not forget who was telling the story… The Movie Academy may have come a long way since 2015 when it was snow white and her seven dwarfs. That year Caucasians won all of the major awards. Not one person of color was nominated in any major category. Protests began and a threat from African Americans to boycott the movie industry that year if it did not change. 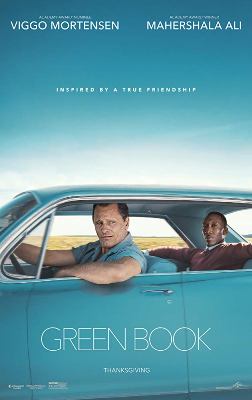 This year, “Green Book,” won best picture and there is a reason for that, just another, “Driving Ms.  Daisy,” only the roles were reversed, who is driving who? and who is compromising whom? America is still fighting with itself when it comes to the issue of race. We are still talking at each other instead of talking to each other? The Green Book makes another vain attempt at making racial peace. It failed because it highlighted the deficiencies of Don Shirley and not of Shirley’s driver-bodyguard and protector Italian-American bouncer Tony Vallelonga.

For those who do not know what the Green Book is about. It was a book for African Americans who traveled in the south during the 1950s and 1960s that guided them to restaurants, movie theaters, hotels, and motels. It also informed drivers which were the safest routes to take.

The Green Book Story was altered to suit the mental palate of America’s vanilla racial taste buds, not telling the real horror stories of being Black and male in the South in 1960. The writers will tell you about Mr. Shirley’s ignorance of Black American heritage like who Aretha Franklin is and not knowing the taste of KFC Kentucky Fried Chicken.

Now imagine what “Green Book” would have been about if African Americans wrote or directed this award-winning movie. Remember who is telling the story.  The Black writers would have told the world about the struggles being a classical piano player in that white world.

Last you have psychological warfare on African Americans with the world premiere of both movies “Selma,” and “American Sniper,” on November 11, 2014, the American theater release was also on the same day December 25th, 2014. Only have one question how did the Reverend Doctor Martin Luther King Jr. die? This should have never happened as the movie industry should have been sensitive to the African American Community.

The Academy still does not get it.

Just as Denzel Washington wins for a dirty cop-“Training Day,” Sidney Poitier wins for working and singing with white nuns-“Lillies of The Field,”  Halley Berry wins for being a boy toy for a white guy Billy Bob Thornton-“Monster’s Ball,”…..These are all of the bad traits that humans have and is played up by the movie industry with Black images.

Instead, the Movie Academy should be awarding movies that show Black greatness, Black love, Black pride with honor, courage, and sacrifice. Like “Malcolm X,”-a powerful Black man, or for the story of “The Dorothy Dandridge Story,”-a powerful Black woman or “Do The Right Thing,” and or “In The Heat of The Night,”-powerful Black stories… can’t have it, America just can’t do the right thing.

This year’s Award show was a shot at movie director Spike Lee and the Black movie patrons. This message is informing African Americans to stay in their lane.

This year “Black Panther,” took America by storm and by accident, why? Black America wanted a Super Hero too. Was this an act to keep African Americans quiet? Maybe, many movie directors and producers thought Black Panther was too Black so they added two white characters, one an FBI Federal Bureau of Investigation agent.

We know in the 1960s the FBI and Oakland’s Black Panthers were not the best of friends. In fact, the FBI infiltrated the Panthers and gave information to the Government in Washington D.C.

The characters in this movie were not a political, social, or racial threat because they were not real. They were superheroes in a mythical homeland. This is what America wants. This culture racism extends to politics, sports, and the environment. The Movie industry is just another extension of the American system.

WE ARE BETTER THEN THIS…..

Congratulations to all of the winners but we still have work to do.