NEW YORK (April 24, 2019) – The National Hockey League has confirmed the schedule for the 2019 Stanley Cup Playoffs Second Round, which will begin on Thursday.

All times listed are ET and subject to change. Starting times and broadcast information for games listed TBD will be announced when available. 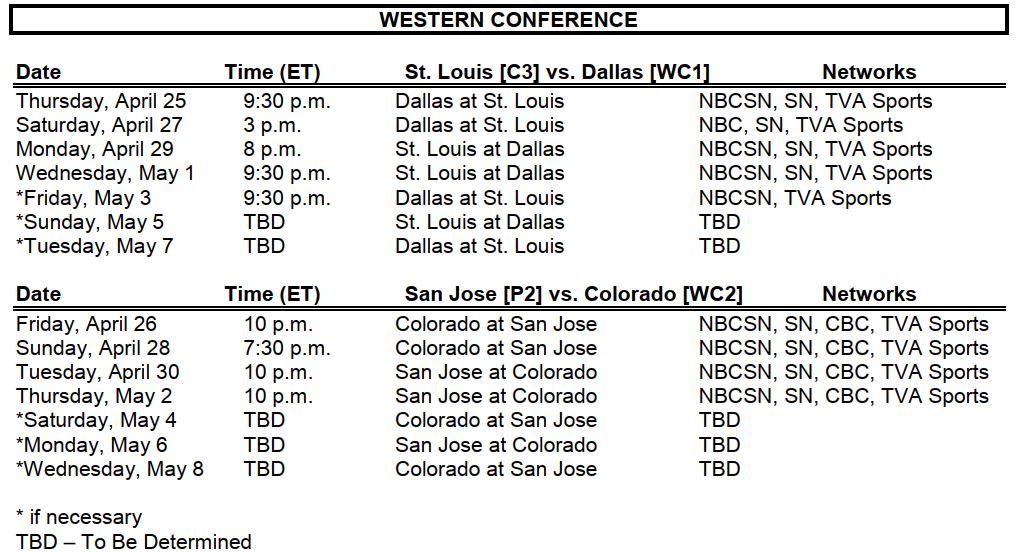