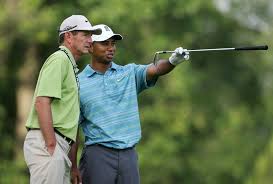 He stated, “That his prediction, a Korean named Lee would win the tournament and was actually based on statistics and facts.” Hank Haney should be fired from his Sirius XM radio show because he will not leave this subject alone. The suspended Haney continues to belittle the (LPGA) Ladies Professional Golf Association and that should not be acceptable. He continues to disrespect the ladies on the tour and the country of South Korea; this also should not be acceptable.

Tuesday the saga continued “Korean women are absolutely dominating the LPGA Tour. If you asked me again my answer would be the same but worded more carefully.”

Mr. Haney refuses to take responsibility for his careless and hurtful comments because he keeps digging, keeps pushing the agenda to disparage women’s golf. He is just following in the footsteps of Donald J. Trump and the President does not answer to anyone.

Former LPGA player Jeehae Lee remarked on Twitter, “This is why Haney’s comments hurt: by publicly admitting that he sees a bunch of the same ‘Lee’s on the LPGA, he has normalized the view that these women on the LPGA are nameless, faceless, golfing robots who aren’t worthy of individual humanity.”

‘Oh, those Koreans are all the same,’ are just too lazy or narrow-minded to make the effort to get to know the individuals. It also bugs me that the Koreans are collectively demonized as ‘robotic’ because they spend so much time trying to improve as players,”

It is very interesting that the golf world did not complain when Tiger Woods ran away with so many championships on the men’s tour 15 years ago. Woods changed the game with his muscle power producing longer tee shots, now most of the men have longer tee shots. This is the same with retired LPGA Champion Se Ri Pak and her long tee shots following Tigers practice methods.

It is a disgrace a golf commentator could not name any of the female Korean golfers by their first name, Hank you are the lead commentator on the GOLF CHANNEL, that is your job.

O.K. let’s go there 1.) Jeongeun Lee6 won the U.S. Open Sunday and is the first Korean woman named LEE to win a tournament in 2019. Lee6 received her name because there are five other Korean golfers named Jeongeun Lee. Lee6 has her own fan club called the Lucky 6. Mr. Haney tried to use this as an excuse.

2.)  This year there have been six other South Koreans that have won tournaments this year and none of them have the last name LEE, guess Mr. Haney forgot about that.

3.) There are only three South Koreans named LEE in the top 30 golf list so it would not be hard to call them by their first name. Minjee Lee, Mi Hyang Lee, and Miriam Lee. Hank, you are telling the public that you cannot remember these names.

The LPGA has to make a hard steadfast decision and that is keeping a relationship with the Sirius XM Radio or dropping the station. Mr. Haney does not respect the women’s golf game. He does not respect the South Koreans. The (LPGA) organization needs somebody to speak on radio in a positive and uplifting way for younger females to follow with the rich history of past champions, Hank Haney is not it.

Wednesday morning he turned his sights on his former student, Tiger Woods taking a shot at Woods failed marriage to Erin Nordengren years ago with another tweet “Amazing how Tiger Woods now has become the moral authority on issues pertaining to women,” Haney wrote. “I spent 6 years coaching Tiger, and not one time did he ever hear me utter one sexist or racist word. Now, in addition to being a 15-time major champion, I guess he also thinks he’s a mind reader. #glasshouses”

This has to end now.