(Editor’s Note: When it comes to the money, shit can get funny. Who gets it, who keeps it, who steals it, who deals it. Allow this gem from the archives to tie up any loose ends as we peruse – and light the fuse…)

PHILADELPHIA (STR – ITR/www.basnnewsroom.com) : Just a year or so ago, an “investment wizard” named Bernie Madoff was escorted from his penthouse in Oz to the hoosegow, having completed the circle in the most extensive con this side of The Sting. Over $50 billion (damn!) dollars were dispersed, displaced and lost in (cyber) space; and thousands of financial futures and charities hit their knees faster than James Brown in concert…

Any effort to find the cash was negated with a plea bargain in which Madoff chose the six by six instead of divulging where any of the money went; so in spite of the fact Bernie made off with all this muthafuckin’ cash, everyone in law enforcement worth their handcuffs know Madoff is an epicenter for a scam that spiraled through hundreds and perhaps thousands of other principals who may never get caught. 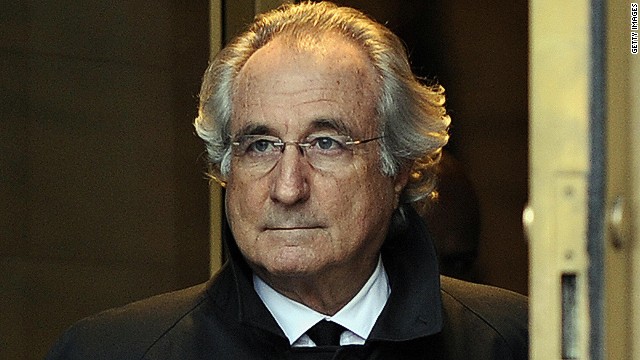 Insurance giant AIG assured everyone their goal was to piss off every American taxpayer by coming hat in hand to President Obama for a bailout; and promptly using said ducats to have their executive board go into “bitch betta have my money mode” and finance lavish trips, fox hunts, spa treatments and multi-million dollar bonuses for the same executives that ran their funds into a sea of red ink.

As AIG thumbed its nose in the face of capital “R” recession, CEO Edward Liddy keeps his pimp hand strong, spending hundreds of thousands in indulgences to deflect the fact that in spite of knowing he will get grilled by the Justice Department, all the money – not some, not half, but all that cash – the cash funneled to other banks and perhaps doled out to some of the same speculators who fucked up the system because there was no regulation to keep their ass in check in the first place; so cash will never be accurately accounted for – classic misdirection in effect.

But as we all know, for every Pimp – there is a Ho; and somewhere in Pensacola, Florida, Tim Donaghy is prisoner # whatever on the “don’t drop the soap” Shit Parade. Donaghy, a former National Basketball Association referee of 13 seasons, was sentenced 15 months after pleading guilty to giving tips on basketball games and felony charges of wire fraud and interstate commerce violations.

While the National Football League’s Player’s Association is getting played for their selfishness and lack of vision; as Major League Baseball and commissioner Brat Selig continue to talk out of both sides of his neck with steroids and accountability; while the National Hockey League can’t create enough positive buzz in America to attract a bee in spite of one of the best seasons American fans have never seen; the NBA has been able to skate on the notion that Donaghy was a conduit for a million dollar betting scam fueled by he and himself alone – an “isolated incident,” according to commissioner David Stern. 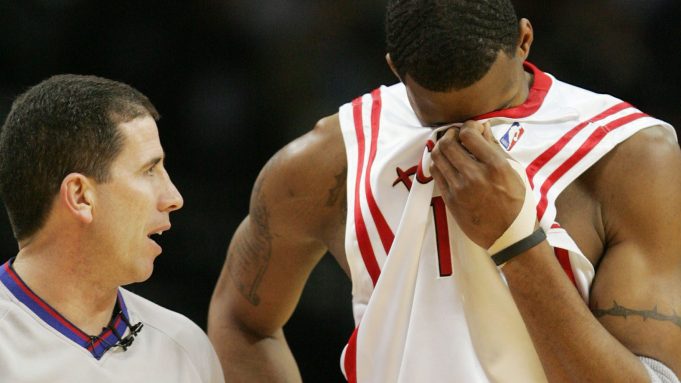 If we can agree that Madoff, Liddy, Ken Lay, etc. all personified separate situations involving those who aided and abetted, how does Stern absolve himself from wrongdoing here?

He can’t say he was stupid and didn’t know; Mr. Smartest Man in the Room would never agree to that until – until he actually intimated that bullshit in a press conference soon after the story gathered enough of a groundswell that Stern could no longer ignore it.

Never mind that from LeBron James to Kobe Bryant to Dwayne Wade to Paul Pierce to Tim Duncan to Brandon Roy to Dwight Howard to Chris Paul, the League has a glut of star power; when that much money (and let’s not pretend gambling on sporting events doesn’t exist because the NBA doesn’t seem to exploit the Vegas lines like the NFL does) is subject to long division, the Pimp is numerator, denominator, negotiator and liquidator.

When it’s time to collect the money, shit had not better be funny; but Stern wants you to believe no other referee had anything to do with fixing games. Never mind those three person crews work an entire game and have no questions on their own accountability when obvious funky calls smell like day old dirty drawers?

As the regular season winds down, and playoff match ups are established, will we be so caught up in MVP hyperbole that scrutiny on NBA refs will remain non – existent and suckers will keep spending their money on a game that may not be totally rigged, but surely has insulated itself with highlights and slam dunks aplenty to dazzle the millions of johns that will pull up to the bumper with their long wads full of green to get their knobs washed in the Champagne Rooms of the NBA.

Knowing even if the pimp does get pinched, his high – priced, on retainer lawyer Bomb Squad will spring him – and he will stay sprung.

The NBA’s version of Willie Dynamite “collectivized” on Donaghy, and he “ran like a solitary rat” when allusions of other referees – brought up by Donaghy – were briefly brought into the mix and subsequently squashed before the mainstream media could run with it.

In the final analysis, however, Stern didn’t have to worry too much, because too many media wonks were afraid of losing their place at the NBA’s table; but if anyone believes one person and one person alone could scam millions without that cash going through another pair of hands, I have some island real estate in Atlantis I’d like for you to consider as an investment.

Meanwhile, in the college game, the late Myles Brand (aka Pimp Flava Supreme) revealed through his Truth and Reconciliation Committee (er, make that Selection Committee) that the basketball cash must flow.  The draws for the 68 schools for this year’s Men’s Basketball tourney pulled at least eight schools (each!) which were part of the Five Families of major conferences that arguably should not have made the field and would not have if they weren’t part of said conference.

A Forbes Magazine article from 2005 discussed the “basketball fund” the participating schools share revenue from. Out of the payments of $152,000 for each round per advancing school, the monies really add up when an ACC or Big 10 or SEC come in with six or seven representing schools.

With over $2.5 billion earned from office pools and legal betting as the handle for the tournament, it stands to reason the same formula used to keep the mid – majors and HBCUs at bay in college football through the BCS Bogard will now be implemented on NCAA Basketball as well.

In Pimp Flava Supreme’s world, Cinderella can go to the ball; but if her ass ain’t out on the stroll by midnight, she’d better be turning upset tricks – or learn to run in five inch stilettos to avoid Flava’s wrath when he commences to whippin’ dat ass…

The ostentatious wardrobes, goldfish in platform shoes, coke spoons and other paraphernalia may not be in plain sight, but just like Madoff and AIG, Stern and Brand can hold a chalice and sip Cristal with the best of them.