The Kansas City Chiefs won the Super Bowl 31-20 over the San Francisco 49ers and once again the fans of the midwest team appropriated Native American dress, tradition, and culture. 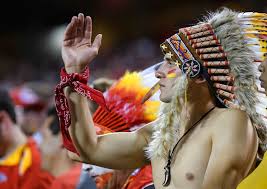 Once again in Kansas City indigenous people were dehumanized and reduced to caricatures, costumes, and cartoons.

Native Americans had a difficult time watching the Super Bowl this year just like viewing a Florida State University Seminole football game this past fall, my stomach crawls as thousands of hands flew into the Florida air in that chopping motion after a FSU touchdown.

This was the same feeling after an Atlanta Brave homerun in three year old Trust Park in Cumberland, Georgia or a Washington Football Club touchdown in FedEx Field in Landover, Maryland. The sound of the disrespectful repeated hideous faux “Indian” drum beat and droning “war chant” flowing through these sports parks.

Question, how are you honoring or respecting Native American culture, food, and history? The National Football League tried to moot the issue, it will not work. 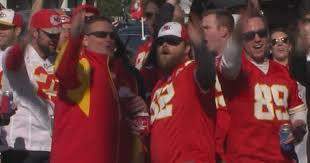 The Chop comes and goes as each team wins or loses. It made a major return in the 1990’s with the (NCAA) National Football Championships of the Fla. State University Seminoles.

The Chop returned to Atlanta when the Braves move into their new baseball stadium in Cobb County in 2017 moving out of inner city downtown Fulton County Stadium. Then in 2018 the Chop made its appearances in Kansas City’s Arrowhead Stadium with their winning team.

Once again our country has to deal with the racial issues of Native American mascots in sports. The “war chant” and thousands of arms waving in a chopping motion could be seen in Miami, bringing up the controversial issue of being appropriated, AGAIN. 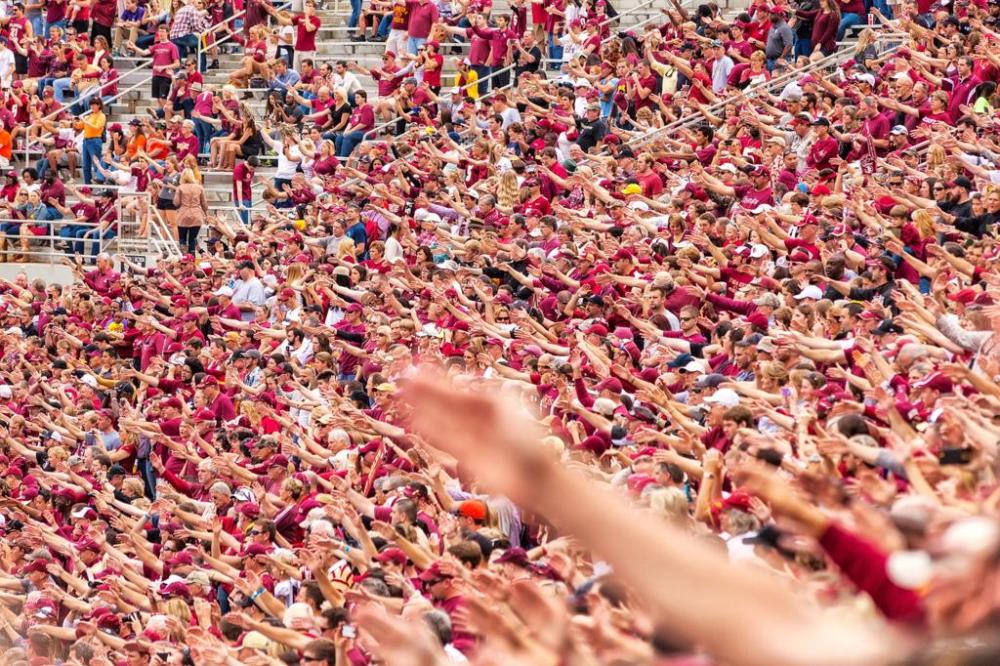 The National Football League tried to low key this subject and tried to ignore it but they have been informed in the past repeatedly by Native American civil rights advocates, Amanda Blackhorse and Charlene Teters, stating “My heritage is not a cartoon.” We “Native Americans” are not mascots.

The Atlanta Braves (MLB) and Cleveland Indians (MLB) have made some movement but has not addressed the social issue. The Chicago Blackhawks (NHL) refuses to clarify where their name came from and continues to use that confusion to fend off criticism.

The Washington Football Club, Kansas City Chiefs, and Chicago Blackhawks have refused to change on this issue; these three teams continue to be roadblocks to progress and racial harmony.

The Kansas City fan base still does not understand why this is incorrect because they think they are rooting for the team, not knowing that they are hurting Native American children with this imagery. It is not about being politically correct its about feelings for our fellow human beings.

The Chiefs, Blackhawks, Braves, Indians, and Washington Football Club are all telling Native Americans “Get over it,” Just as America informed African Americans to get over the history of Slavery, Jim Crow, and Segregation. We currently have a resident-leader at 1600 Pennsylvania Avenue that reinforces this thought.

“It is so hard because it is such a tradition that I don’t think was begun in negative connotation,” said Cori Power, 53, a court reporter from Grantville, Kansas. “That’s where it’s hard, when the world changes and things that you’ve always done — all of a sudden — feel like they may not be an honorable thing. Traditions die hard.”

Slavery was a tradition, segregation, and Jim Crow was also a tradition, times change and American sports teams must also change. Morals, social issues, change. The Washington Football Team, The Kansas City Chiefs, Chicago Blackhawks have to move into the modern age.

The Chop must end to respect our Native American/First Nation citizens.