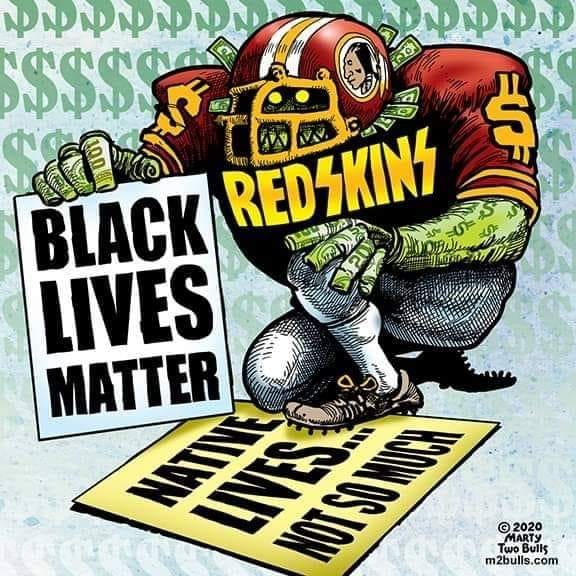 The current Black Lives Matter movement has awakened this nation to its mounting racial problems but it has left Native Americans behind and the Washington Football Club is a glaring example. African Americans will have to help our Native Brothers and Sisters in this political battle. The team recently has made progressive movement, such as removing the monument and Wall of Fame plaque of former owner George Preston Marshall who vowed never to change the name, BABY STEPS.

The United States is having an emotional, spiritual, and racial earthquake. Protest from coast to coast, with a spotlight on police brutality, companies laying off employees, unemployment skyrocketing, and a national health crisis with Covid-19. There is also a political conscience to move away from hurtful words and deeds.

Native Americans are dying faster than any other group by this new mean virus. The country chooses to ignore this fact. Just as the country has ignored the educational, political, and social difficulties of our first Americans.

In the middle 1970s, colleges and universities moved away from Native American symbols and names and are currently leaving the Confederate past and controversial racial emblems like the Stars and Bars, the official battle flag of the (CSA) Confederate States of America. Even NASCAR now forbids the Southern Rebel flag to fly at its race tracks. With the thanks to the only Black race car driver on the circuit, Brother Bubba Wallace.

Run or pass and score we want a lot more!
Beat em swamp em touchdown let the points soar!
Fight on, fight on, till you have won
Sons of Wash-ing-ton, RAH! RAH! RAH!

It is not about the colors, burgundy and gold which are great colors, Its not about the logo with its majestic face of a noble Native American leader. Its about the disgusting and degrading name. The Washington Football Club Organization knows this is incorrect but continues the myth that Native Americans like the name. THEY DON’T 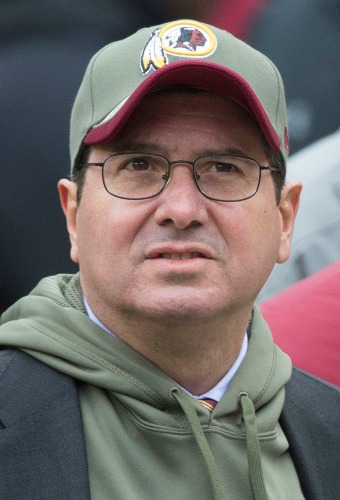 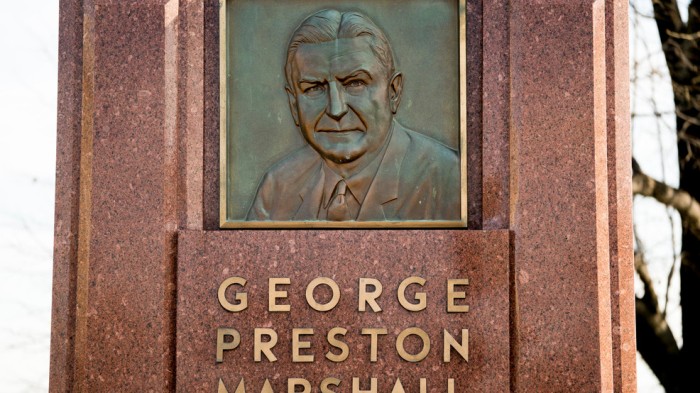 The current owner Daniel Snyder refuses to give up or give in to political correctness. Mr. Snyder continues to hold on to his promise to George Preston Marshall on his deathbed that he would never change the team name. Political and economic pressure must be put on the Washington Football Club sponsors like FedEx Shipping Company, Pepsi Cola Beverage Company and Nike Sportswear Company.

The Washington Football Club continues to take baby steps into 2020. This is the team that was the last one in the National Football League to integrate drafting number 44 running back and first Black Heisman Trophy winner Ernie Davis from Syracuse University in 1962. Davis refused to play for Washington because of the owner and what the team stood for. This team also tried to defy President John F. Kennedy.

JFK informed the football team through his Interior Secretary Stewart Udall they could not play on federal land with a segregated team. Mr. Marshall stated that Washington will have a Black player when the Harlem Globetrotters (basketball team) hired a white player. The Washington Football Team lost that battle forcing them to trade Ernie Davis to the Cleveland Browns for tight end Bobby Mitchell.

George Preston Marshall was granted ownership of the Boston Braves in 1932. The team played in Boston’s Fenway Park. Marshall changed the name of the team to the R-word because he did not want them to be confused with the Boston Braves baseball team.

He also named the team the R-word in honor of his new coach William Henry “Lone Star” Dietz who claimed to be part of the Sioux Tribe. This was never proven. Marshall then moved the team to Washington in 1937 becoming the NFL team of the South until 1968. BABY STEPS.

This past week the Washington organization removed George Preston Marshall’s name from the team’s Wall of Fame. They also removed the statue of Marshall outside of FedEx Field. The team did this to quiet the mounting calls to change the team’s name. BABY STEPS. 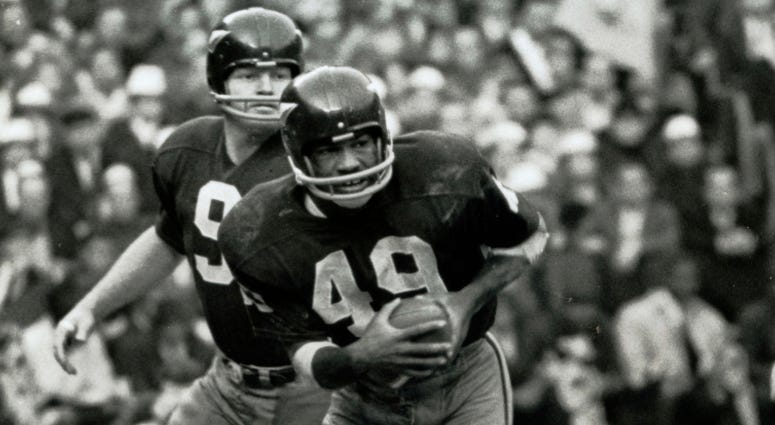 The team stopped playing Dixie after 23 years and a  (NAACP) National Association for the Advancement of Colored People protest outs”ide the stadium. BABY STEPS

The Washington Football Club currently has a lease at FedEx Field until 2027 and are seeking a new home in Washington D.C. city proper. Current Mayor Muriel Bowser has stated many times that she would love the team in the city but they would have to leave that name in Landover, Maryland. Mayor Bowser also stated that this was now a federal issue just like 1962. The United States Department of Labor states a company cannot use disparaging words at work place. The Washington Football Club violates this rule every day. BABY STEPS.

Current owner Dan Snyder in 2013 has repeated and continued the George Preston Marshall stance never to change the name.

The Washington Football Club has taken the BABY STEPS retiring Mitchell’s number, by renaming the lower bowl after their first African American player and removing any evidence of former racist owner George Preston Marshall but more needs to be done.

One thought on “BABY STEPS”