The NBA is showing how they really care about the WNBA, the female version of American professional basketball.  The part-time owner of the Atlanta Dream has brought attention to the league.

Ms. Kelly Loeffler took offense to her team wearing “Black Lives Matter,” and “Say Her Name,“on their warm-ups jerseys before games. Her actions have lit a firestorm in the league and the Union is not backing down.

The WNBA now has a Donald Sterling case on their hands. In 2014 The NBA striped Mr. Sterling of ownership of the Los Angeles Clippers for his racist remarks. The WNBA now has a part owner that is informing her players what they can and cannot wear on the court.

She is doing this from a condescending position of power (owner) in a racist way. She could have instead discussed the problem with her players in her house or in the locker room. She wanted to make headlines and the front page of newspapers to garner votes in November. She has done that.

This is the problem whenever conservatives get pin down on a racial issue they throw the Constitution at it. Ms. Loeffler did it again stifling freedom of speech with the group unity song and cooperation chorus thinking African Americans will back off. It did not happen.

These young ladies stood their ground.

What makes this more problematic is that the Atlanta Dream are up for sale. 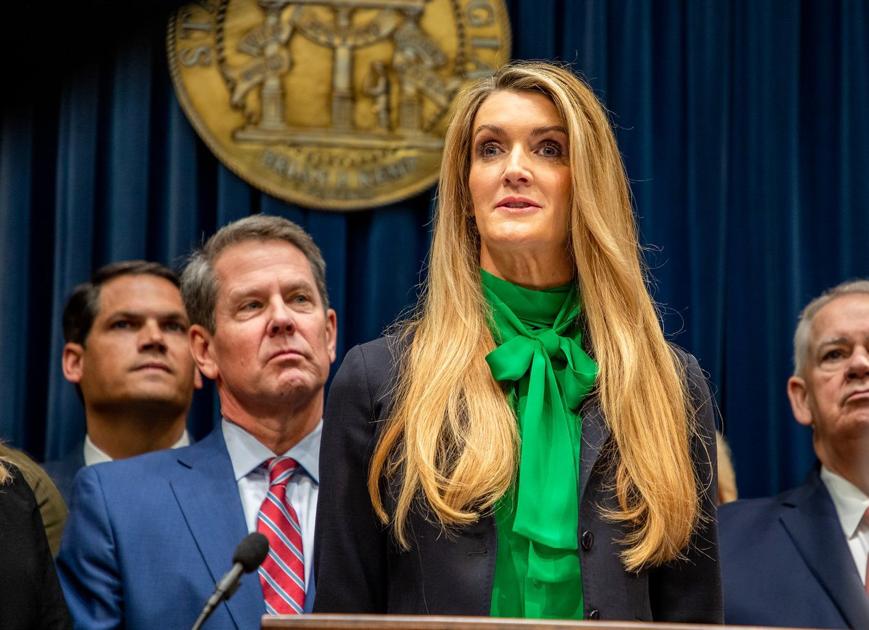 The United States Junior Senator and Atlanta Dream part owner has made it known to the world that she was not happy with her team wearing “Black Lives Matter,” and “Say Her Name,” on their jerseys. This is her attempt to curry favor to the far right electorate in an election year.

The Black Dream players wanted to wear these slogans in honor of the late George Floyd, Breonna Taylor, and the many other African Americans that have died or killed in police custody, a statement for social justice.

Loeffler is currently running for the Senate seat of Georgia in a special election this fall. Her time with the Dream can be called limited because of the campaign commitments. This woman is still a walking billboard of controversy and has used her basketball team to keep her seat in an insidious brand of hypocrisy.

Ms. Loeffler wants African American votes while courting the conservative wing of Georgia at the same time. The Senator states that the Black Lives Matter Movement is a radical, left wing political group with communist leanings.

Remember folks this is the same political rhetoric America used against the Reverend Doctor Martin Luther King Jr. to demonize that movement. It is happening all over again and Ms. Loeffler is fanning the flames.

The Dream part owner states that these warm-ups endorse a particular political agenda and sends a message of exclusion. Question, exclusion of whom? Ms. Loeffler wants to put the American flag next to the team logo on their jerseys. Making America Great Again. Following in the footsteps of the man at 1600 Pennsylvania Avenue.

Now mind you the league is 75-80 percent African American and Ms. Loeffler’s team is 80 percent Black. The Senator wants politics out of sports, but she is doing it herself by her actions and by her own words, acting like the white overseer with her perceived property.

Guess the Georgia Junior Senator forgot about former athletes that have made political statements like Jessie Owens, Billie Jean King, Tommy Smith and John Carlos, Muhammad Ali, and Colin Kaepernick. Here we are talking about warm ups and socks not police brutality, not racial injustice, not economic equality.

The City that the Dream represents is predominately African American and it sounds like Ms. Loeffler continues to tell players this is my team so just SHUT UP and DRIBBLE. Sorry to inform the Senator, but she is only part owner and she has limited power to make team decisions.

The WNBA tried to address this problem before this season started with a press release by Commissioner Cathy Engelbert stating that, “We are not going to force her (Loeffler) to sell her part of ownership” The Commissioner was surprised to receive a critical letter from Ms. Loeffler and stated the league is committed to make sure players have a platform to advocate social justice.

The Atlanta Dream continue to lose players with each passing week. Atlanta point guard Renee Montgomery left the team to do community work. Montgomery sent a letter to Loeffler stating that “I’m pretty sad to see that my team ownership is not supportive of the movement and all that it stands for. I was already sitting out this season and this is an example of why. I would love to have a conversation with you about the matter if you are down?” There has not been an answer.

Not like the NBA, the players of the WNBA will walk away from the game. Some have already done so playing overseas for more money. They have done so by working and promoting social changes in the United States like  Maya Moore, the All Star guard of the Minnesota Lynx.

The former UConn standout took two years off the court to get a man release from prison after 20 years. If Ms. Loeffler pushes too hard the WNBA could lose the Atlanta Dream with the team walking out, YES, a wildcat strike.

This would not look good on the league when The Dream are up for sale.

Ms. Loeffler is the wealthiest owner in the league and was caught earlier this year selling her stock before the Covid-19 virus hit the United States. Many voters now are viewing her in a different light.

Ms. Loeffler currently is trying to push her political conservative weight around in the WNBA just as the owners of the National Football League tried in 2015-18. The Ladies are not buying it and are pushing back.

The WNBA Players Union also has had enough of this team’s part owner and wants her out of the league immediately. They may get their wish with the sale of the Dream.

The players’ union have sent letters to the commissioner. This is just another clash between conservative and progressive political viewpoints, with racial overtones. Fitting right in with the times of the United States.

The league has responded to the calls for expulsion with this statement, “Ms. Loeffler is no longer involved in the day to day business of the team.”  What does that mean? The Atlanta Dream executive board has remained silent.

If the league wants to continue to flourish and grow in the minority community something needs to be done to Ms. Loeffler before the sale of the team. Black girls in junior high, high school, and college are watching and the league’s future is at stake.

Ms. Loeffler might lose her Senate seat in November because of this very public fight with the WNBA and her African American players.

That SHUT UP and DRIBBLE mantra won’t fly this time.