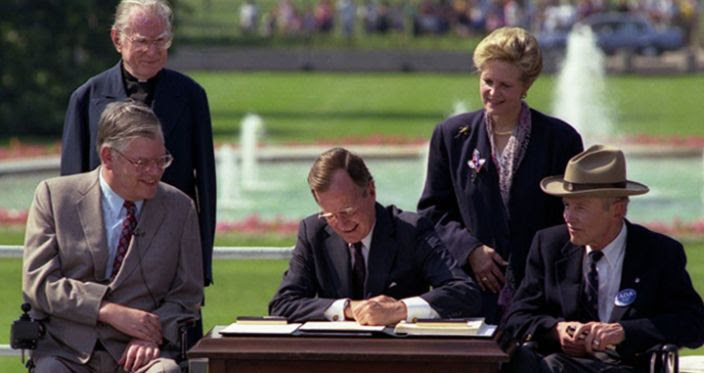 Thirty years ago on July 26, 1990, the President of the United States signed the (ADA) Americans with Disabilities Act. A civil rights law that prohibits discrimination based on disabilities.

This President wants people with disabilities to disappear and be placed in nursing homes. July 26 should be a time to celebrate but people of color with disabilities fight for their independence much harder than their white disabled brothers and sisters.

President George Herbert Walker Bush signed the bill outside the White House without people of color at the table. As my fellow Black disabled activist and author Leroy Moore stated many times African American disabled folk still live on the outskirts of the disabled community and the 30th anniversary photo just makes that point.

The current President has put a political bulls-eye on this population trying to undermine all the political gains the past thirty years. 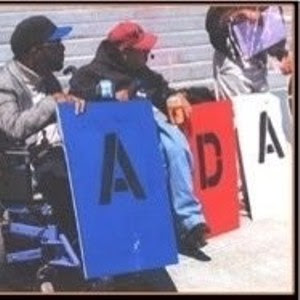 In 1975 four young disabled males graduated from high school and wanted to attend college in Berkeley, California, but they could not because most universities did not have services to assist the disabled and navigate the campuses around this nation.

These four young white males created their own service center at the campus hospital and called it the Center for Independent Living, the mother of disabled independence. These four men moved off campus one year later and into the semi accessible Berkeley community. Creating a housing referral unit, an attendant referral service, OJT’s – on the job training, and a counseling service.

The Berkeley (ILP) Independent Living Project created little baby ILP’s all over the country this creating a new political movement. A movement which followed the Women’s Movement and the American people were not as acceptable to this one because it would cost them money and cost them to lose space.

The reason America fought so hard against this bill, this new political movement because it was very expensive. In America, it’s always comes down to green power, cash dollars and the disabled community had very little.

In the Civil Rights Movement of the 60s all they had to do was take down signs, merge segregated bathrooms, bus stations, lunch counters, and water fountains. They also had to remove racist attitudes, that effort cost little or nothing.

The Disabled Movement, one had to build accessible facilities, change building codes, build ramps on the interior and exterior of buildings, make doors wider, create spaces for motorized wheelchairs, which cost money. Many smaller business owners complained that it would drive them out of business making their place wheelchair accessible. 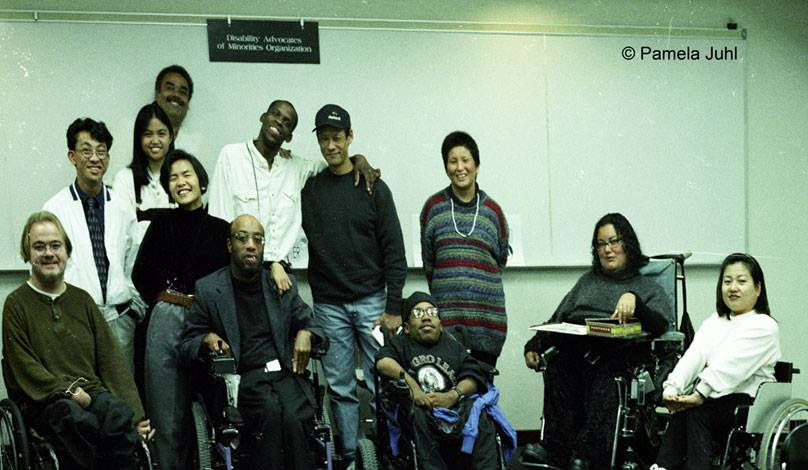 This new movement was modeled after the 1960s Black Civil Rights Movement, but they forgot one thing, people of color. All of the high ranking officials of the Disabled Movement were Caucasians for the first six years.

The absence of color was not done on purpose but the movement did not reach out into the inner cities until the 1980’s so the African American Disabled communities and communities of color lagged ten years behind their white disabled brothers and sisters.

Black parents of disabled children had to navigate the school system, the legal system, the job market, and living independently on their own without the support of the disabled community.

African Americans survived slavery they would survive this too.

Disabled African Americans have to fight right at the beginning of life. They are not included in the disabled community networking system, so they miss out on very important medical, social, and governmental programs.

Black males are often placed in (DD) Developmental Disabled classes without ever being tested. Black disabled males were told to shut up and learn, sound familiar. They are not given the encouragement to achieve what they really want to be in life and often discourage to attend colleges and universities.

This is the constant battle disabled folk of color wage every day.

Near the turn of the century, African American disabled groups started popping up all across the United States like (DAMO) Disabled Advocates of Minorities Organization-Bay Area, The Harriet Tubman Collective-New York Area, and the (NBDC) National Black Disability Coalition-Washington D.C. to assist families, school districts, and local officials on the needs of African American disabled children and adults.

The future is brighter for these young adults and children.

America retrofitted the country for disabled folk, but they did not welcome them into the community unlike their European counterparts. America physically adapted disabled individuals but American society distance themselves from this population.

In France, Germany, and England they socially welcome the disabled but had difficulty physically accepting them because the buildings in their cities were older and harder to convert.

In the United States a disabled American could go almost everywhere but still could not legally marry without losing their medical benefit, they were still a social misfit, an outcast of American society.

Thirty years and this has not changed.

From the first day in office four years ago this president has tried to dismantle the ADA. He has tried to defund the Special Olympics and cut funding for the Para Olympians.

His Trump Towers currently is in violation of ADA federal law because they exclude equal access to the blind. He instructed his employees to get “rid of the F***** Braille.” “No blind people are going to be living in Trump Towers.” Nobody has legally challenged this. 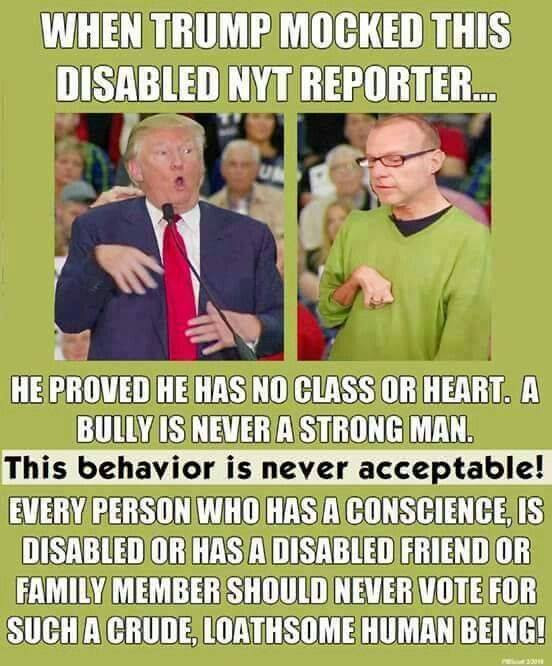 Do you remember the time when Donald J. Trump made fun of the New York Times disabled reporter Sergei Kovaleski who has arthrogryposis. Mr. Trump started waving his hands all over the podium shouting, “I don’t remember, I don’t remember,” This is the disrespect this president has for Disabled Americans.

He has used the R-word, no not the football-R-word, but the one relating to the mentally challenged, the mentally disabled. Trump calls them mentally retarded.

He has repeatedly called Oscar winning deaf actress Marlee Matlin this name on his old show The Celebrity Apprentice. Ms. Matlin is on of the most intelligent people I have seen. Disabled Americans will still celebrate in spite of the man at 1600 Pennsylvania Avenue.

There will be celebration of accomplishments in 2020. The accomplishments of Congress person Tammy Duckworth sitting in Washington D.C., A blind football player for the University of Southern California winning a football game, and more disabled reporters and writers nationwide.

Comedians and actors receiving more roles on television, movies, and radio. Disabled Americans are becoming more a part of this western society with each passing year.

These are just a few disabled heroes that we can celebrate. Oh course we know of Steve Wonder, Ray Charles-(Blind) Singers-songwriters, we know of Franklin D. Roosevelt (Polio) President of the United States during World War II and Helen Keller (Blind) author and writer. These are the role models that fellow disabled Americans can emulate.