PHILADELPHIA (www.basnnewsroom.com) The National Football League, still spinning its 100 year journey like your favorite CD (sorry Dennis Quaid) continued its efforts with what they believed would be a coup de grace – a bonus list of 20 NFL selections for its Centennial Class; supposedly righting wrongs for many waiting for that call from the Hall…

Players who thought their dreams of  being enshrined in Canton were long buried were given their props, rewarding them with recognition; and we will recognize them later in this piece.

When you are entrusted with viewing accounts of several thousand players, lack of objectivity can be such that no matter how solid the resume’,  some asshole will come outta their mouth with…

Among the most egregious of omissions was the snub of Dallas Cowboys‘ wide receiver Drew Pearson. This free agent from Tulsa was one of  the 1970s best pass catchers. As a major contributor to the lore of The Shield, Pearson bailed out quarterback Roger Staubach, catching the end of the now-famous “Hail Mary” heave for the league title.

Pearson averaged 16 yards a catch and 48 touchdowns to go with 7822 yards (over 2000 more than HOFer Lynn Swann), the League said, “but – we wanted Cliff Harris and Jimmy Johnson – too many of you Negroes in already!”)

While I am an Eagles’ fan, I respected Pearson’s skill and all-around play at the position. Pearson, in a response to not being selected, was shaken but handled the slight as best he could. It sickens me when great players put in the work like Pearson but don’t get the deserved credit by having some dickless dolt who likely never played infer that a player is in “The Hall of Very Good.”

With the ascension of the Kansas City Chiefs to Miami and Super Bowl “Fitty-Fo,” the possibility of recognizing past Chief heroes takes on a somber mood as one of their greatest gives us cause to pause. 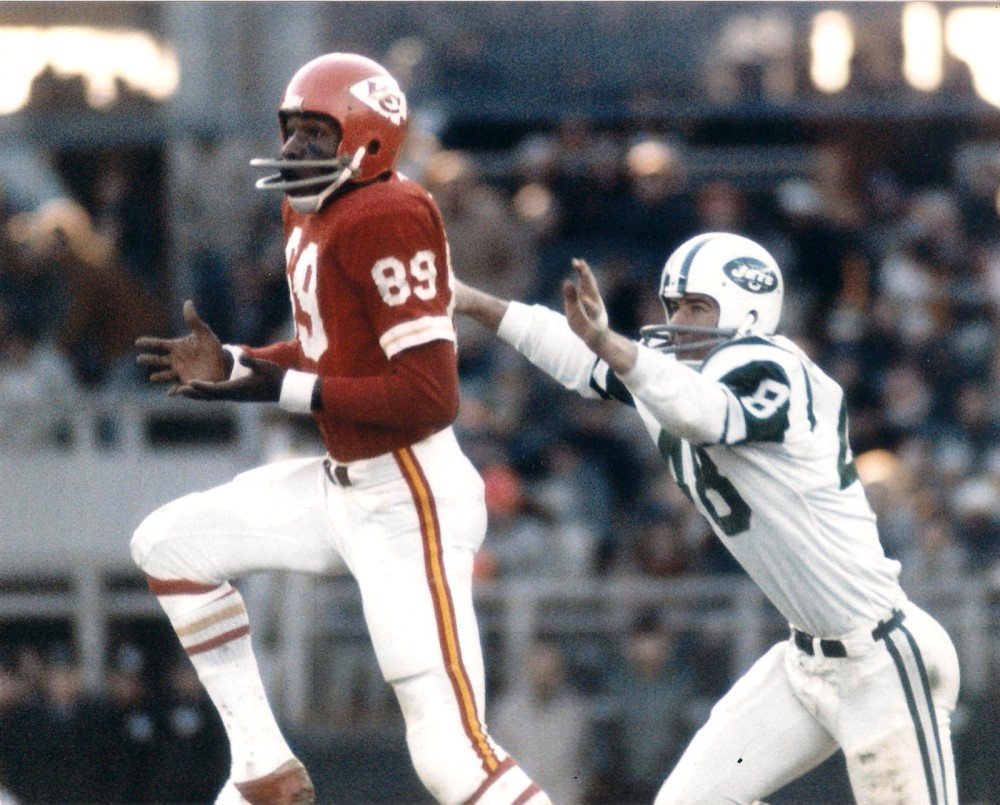 Otis Taylor, a wideout as close to a prototype as can be described, is in poor health as I write this. At 6’3″ and 215, the long – strider from Prairie View was the forerunner of other classic big men like Cris Carter and Terrell Owens. Taylor averaged 18 yards a catch over 11 years, multiple Pro Bowl selections – and with HOFers Lance Alworth, Don Maynard, and the dangerous Warren Wells (who should be at least All – AFL) averaged over 20 yards a catch for at least one season.

That the league would not give special consideration to someone like Taylor…is kinda fucked up.

As I understand it, the beat writers for the respective League make the best voice for their charges – but what happens when their beat writers are deaf, dumb and blind?

Only one career Cincinnati Bengal player is anointed with Hall of Fame status WRs Charlie Joiner and Terrell Owens played with other teams). Tackle Anthony Munoz was one of the very best – however he should’ve had company of at least one other teammate in Canton a while ago.

Interceptions are a very significant statistic in the grand scheme; and a converted quarterback named Ken “Snake” Riley stood in the background while the Bengals wasted a first – round draft pick on a quarterback stiff named John Stofa, who lasted all of about seven minutes (career – wise).

Riley plays out of position, starts at defensive back, and holds his side down for 15 years – and 65 picks!

BUT – not a fuckin’ peep outta Cincinnati media; maybe they’ll say something (God forbid) after the original “Snake” has split the scene…

With the pedigree earned by the Pittsburgh Steelers over several Super Bowls, you would think most any Steeler brought up to the HOF podium would warrant at least a salient discourse… 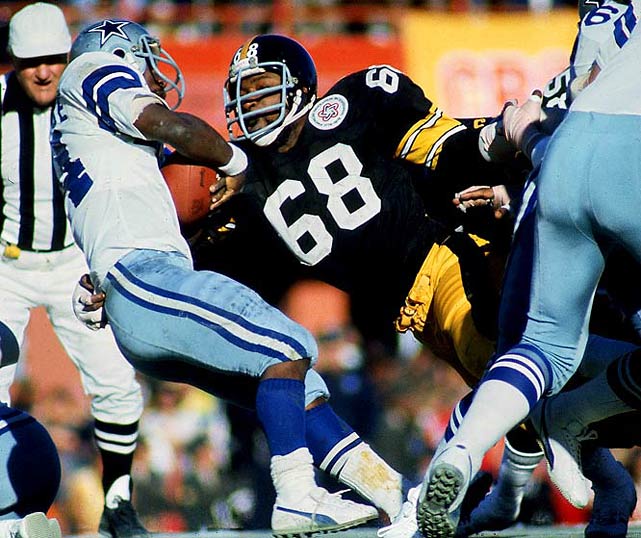 L.C. Greenwood “Hollywood Bags” himself should have had his bags packed for Canton a longgggggg time ago! This six-time Pro Bowler was an active edge rusher who was consistently staunch against the run and part of one of the greatest D-lines ever in being part of “The Steel Curtain.”

Greenwood, a member of the Pro Football Hall of Fame’s 1970s All – Decade Second Team, should have seen his bust revealed to the public, but his kidneys failed on him and he passed in 2013. He had been in the rotation and a finalist in the mid 2000s, but had been in limbo ever since…

This may be one of those cases of where the Hall may be attempting to ration players. While the Pittsburgh Steelers of the 1970s have legit arguments for many players to be in the Hall of Fame, a great team shouldn’t be punished for assembling great talent that showed it on the field. The mindset of ‘too many Steelers’ would be absurd;…

It’s hard to legitimize rating him as “very good” – when they know Greenwood was great.

I feel Greenwood will make it one day – but it’s fucked up that he couldn’t smell his roses when it mattered most.

Over the years of spying NFL end zones and seeing fan banners, signs, etc., one of my favorite images was the sign which said:

Cliff Branch was the Oakland Raiders’ best deep threat this side of Warren Wells. A track blazer from the University of Colorado, Branch’s 9.3 speed didn’t lose a step on the football field.

Imagine the cat in the huddle who’s telling you that he’s got his man beat – that was Branch. More often than not, he was right! For someone constantly running 8 and 9 routes all game, you’ve got to have stamina; and the staying power needed to maintain until being able to attack from long distance can be soul – crushing any opposing defense knowing it will happen!

Which, of course, stretches and stresses match ups all over the field. In addition, Branch was a complete receiver who did not shy away from any part of the field.

Next Up: Five more who will evoke the same reply – and why the process is more egregious than ever.